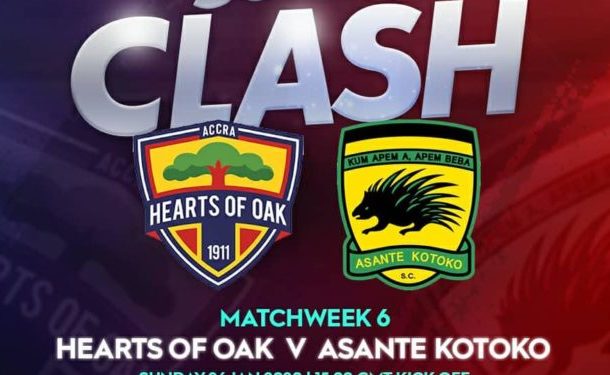 Line ups for both teams out there is no Sogne Yacouba as reported on Saturday by this portal for Kotoko,his replacement id Guinean import Naby Keita.

In midfield there is Kwame Adom Frimpong and Mudasiru Salifu for Kotoko in their first encounter with Hearts of Oak.

For Hearts of Oak its the usual suspects at the back with Raddy Ovouka and Fatawu Moahammed at full back with Robert Addo and Mohammed Alhassan at center back.

With the midfield three of Frederick Ansah Botchway, Emmanuel Nettey and Benjamin Effutu in midfield. 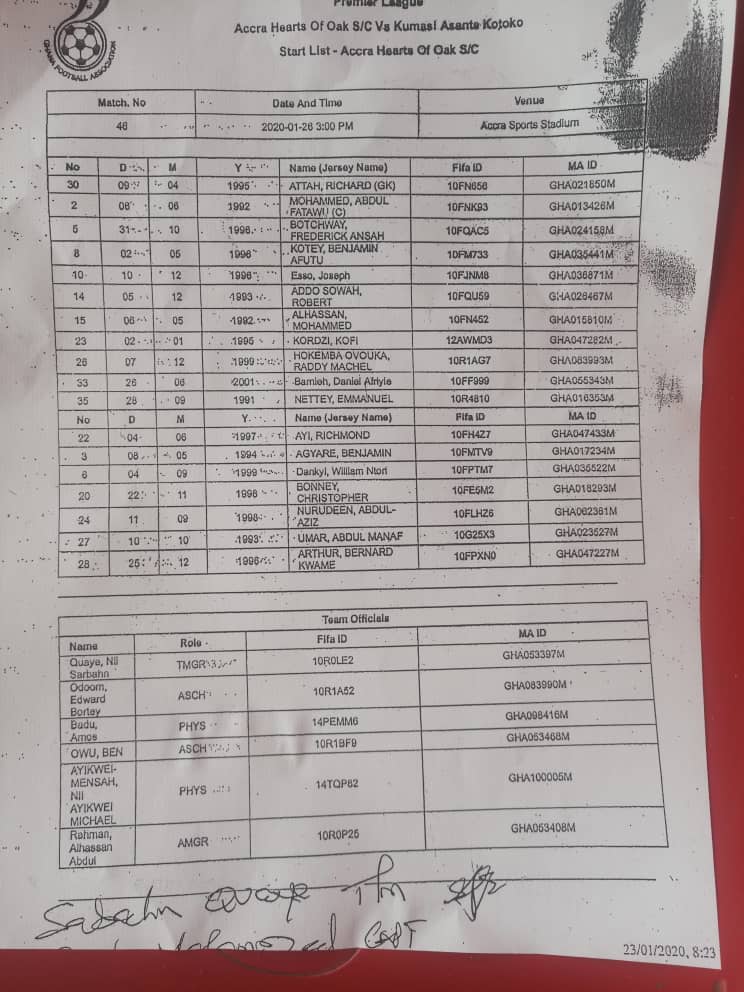 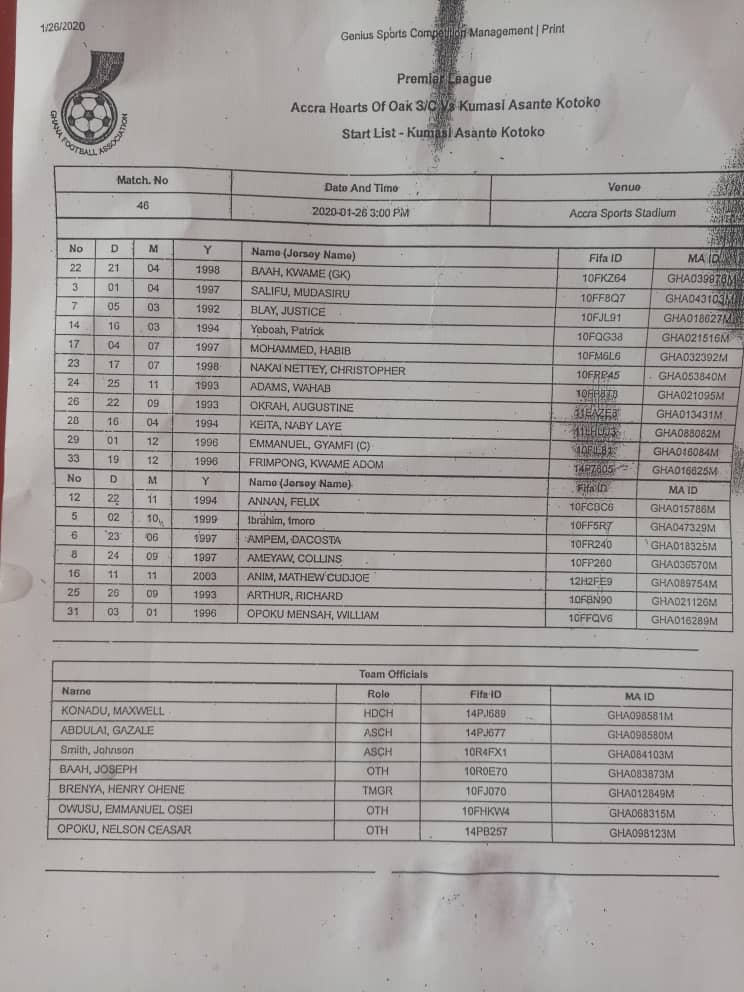 3'Joseph Esso with a glorious opportunity but blazes wide

Hearts of Oak is all over Kotoko with Emmanuel Nettey and Joseph Esso missing gilt edge opportunities.Hope they don't rue their chances later.

17'Raddy Ovouka wins Hearts of Oak's second corner but it has been wasted as Kwame Baah grabs the ball.

Mudasiru Salifu stealing the show with some terrific skills in the centre of the pitch.Mohammed Alhassan of Hearts is on the turf and requires treatment.

Kotoko set to make a change with Collins Ameyaw set to come in for Salifu Mudasiru who has picked up an injury.

Free kick for Hearts inside the Kotoko territory but Kwame Baah grabs the ball.Joseph Esso is down on the turf. Still 1 nil Kotoko

32'Kotoko win their second corner kick.Patrick Yeboah to effect it

Referee Eshun adds two minutes to the first half

It's halftime and Asante Kotoko leads with a lone goal

Hearts wastes their first corner kick of the second half

Justice Blay after scoring the opener

SUBSTITUTION FOR KOTOKO OUT AUGUSTINE OKRAH           IN MATHEW ANIM CUDJOE

88'Naby Keita waste a glorious opportunity to score for Kotoko

90Mins Naby Keita buries the ball in the back of the net. GOOOOAAAAAAAAL 2-1 Kotoko

Thanks for staying with us all through the 90 minutes.Hope you enjoyed it.

*KEEP REFRESHING FOR ALL UPDATES