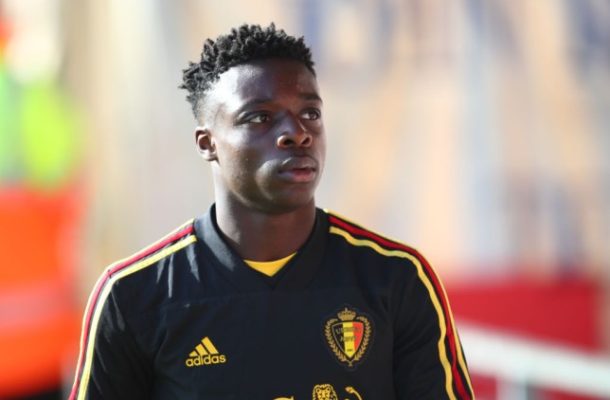 Anderlecht youngster Jeremy Doku could join Liverpool  next season as the English said is reported to have stepped up moves to sign the Belgium born Ghanaian.

Liverpool are still eager to sign Jeremy Doku after mistakenly believing the Anderlecht teenager was poised to join Chelsea, according to reports.

Doku and his father had a tour of Liverpool’s training ground and Jurgen Klopp told the young forward he viewed him as Sadio Mane’s long-term successor.

The 17-year-old has been linked with a host of clubs but his preference appears to be a switch to Liverpool. "At the age of 16, Jeremy could sign a pro contract with Anderlecht," his father said.

"But even then Arsenal, Liverpool, Chelsea, Man City, Ajax and PSV were interested.

"My preference was Liverpool,’ he added. ‘How we were received there, damn."

Trainer Klopp explained how he saw a potential successor to Sadio Mane in Jeremy.

Steven Gerrard showed us videos with tactical analysis.’ Liverpool were keen to bring Doku to Anfield, but there was then an unfortunate mix-up.

Doku’s father explained: "At the training complex (Simon) Mignolet, (Sadio) Mane and (Georginio) Wijnaldum came to talk to us. Yet Jeremy was distracted by the talk".