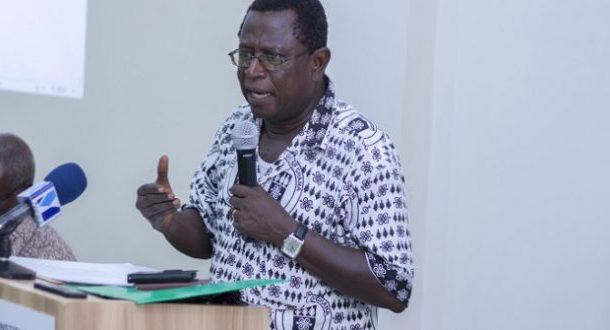 Dr. Kwesi Jonah, a Senior Research Fellow at the Institute for Democratic Governance (IDEG), has described the current local government system as inadequate to ensure a sustainable multi-party democracy process.

This, he said, has necessitated IDEG and the Civic Forum Initiative’s (CFI) review and advocacy for a more robust local government system that can sustain the current multi-party democratic dispensation.

He identified the appointment of Metropolitan, Municipal and District Chief Executives (MMDCES) and the 30 per cent of the members of the assembly by the president without the involvement of the political parties, as the main factors weakening the current local governance system.

Dr Jonah said this when he addressed stakeholders at a regional dialogue on democratic devolution, which was organized under the theme: “Strengthening democratic development through multi-party based local government “at Koforidua. He called for direct elections of MMDCEs by the people on the ticket of political parties saying this would ensure accountability in the area. Dr Jonah said political parties should be freely allowed to participate in the district level elections to help reduce the apathy that is normally associated with the local government elections. He said this is because the political parties would mobilize voters, raise pertinent issues and promote political debate during the elections.

He called for the scraping of the 30 percent government appointee system to the assemblies and this should be replaced with a proportional representation system so that more people with the requisite experience can enter the assemblies and consideration could be given to some interest groups. Dr Jonah called for an increase in the district assembly common fund from 7.5 percent of tax revenue to 15 per cent, to help promote faster development of the local communities.

Mr Seth Abloso, member of the CFI and a labour consultant, said the multi -party governance system which the country is practicing is being threatened by political violence. He called for more to be done to help reduce the tension that often grips the nation when the election season approaches. Mr Abloso said as the nation prepares for elections, there is the need to secure the commitment of the political parties to continue with the constitutional amendment process after the 2016 election.