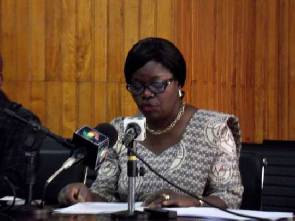 Latest figures released by the Ghana Statistical Service (GSS) have indicated that the rate of inflation for locally-produced goods was 2.1 percent higher than inflation for imported items.

The prices of locally produced items are costly due to the high cost of raw materials procured locally by manufacturers while imported items, which are produced on mass scale, are cheaper. This has rendered most local companies uncompetitive while some have folded up.

Dr Nyarko announced that the fall in food prices and the stability of the cedi in July increased the rate of inflation to 16.7 percent from 18.4 percent in June, this year.

The monthly change rate was 0.9 percent in July 2016 compared to 1.3 percent recorded in June this year.

 
Food inflation was 8.6 percent in July same as what was recorded in June.

However, the year-on-year non-food inflation rate dropped to 21. 2 percent from 24.1 percent in the year.

At the regional level, two regions – Greater Accra and Ashanti – recorded inflation rates higher than the national average of 16.7 percent.