Logic of the ‘illogical’ in economics 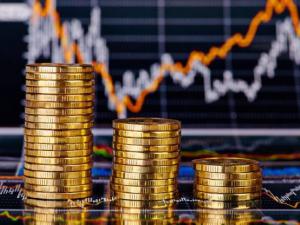 Good economic policies yield favourable results, despite debates, says Bernard Otabil.
The economy has this magic wand that seems to swing us all, regardless of our understanding of the subject area. The effect, sometimes, throws up doubts in people’s minds as to whether economists really were all-knowing and that could not be challenged.

To that, l would add that if all the economic predictions came with the scientific deductions we often find with subjects like physics, perhaps, economists would have been the richest people in the world. But are they?

Not exactly, as some are, but many are not, pointing to the whole phenomenon that as a subject matter that deals with interpretations, largely, of human behavior, actions and activities, chances are, the unpredictable nature of those tracked would always affect results.

Case in point is how commentators and market watchers almost staged a crusade against those economists who had failed to spot the global financial crisis that came to a boil in 2007 and run through until 2012.

Even now, some countries are still not out of that economic catastrophe, which was comparable to the worst global crisis since records on such severe market movements began. So, the economy, markets and the economic systems refer to us all- humans as the centre of all economic activities.

So don’t be too surprised when you find economists at opposing ends of an argument, each trying to outdo the other with supporting theories and “empirical evidence”.

The argument may run for years, even continued in books on economics but what is always clear at the end of it all is that the right economic policies always yield the right results.

Studying, thinking and adopting the right reflective mood in order to devise the policies necessary to balance opposing views, desires and actions is the domain of the astute economist. And they abound in plentiful supply; you only have to find them!

For this reason, l am never perturbed when people argue over economic policies and issues. However, what irks me sometimes is when some placebo-speaking economists try to confuse the public with some shillyshallied arguments on aspects of economics.

In Graduate School in the late 90s in the UK, l remember so well a remark by one of my lecturers that “economics was a beautiful and interesting subject until politicians started speaking economics”.

This was after we had debated issues on the European Exchange Rate Mechanism (ERM) which was introduced on March 13, 1979, as part of the European Monetary System (EMS).

The ERM was introduced to reduce exchange rate variability and achieve monetary stability in Europe, in preparation for the Economic and Monetary Union and even though this class was about finance, the political influence on ERM could not be taken out of the discussions, forcing the lecturer to perhaps summarise the argument in a sweeping statement.

Let us now turn our attention to some interesting recent economic debates- local ones! In a conversation early this week, a fan of this column wanted to know about some economic truths simply because he had heard arguments on radio, which had rather made him “confused” instead of helping him to understand the issues being discussed.

is request to me was premised on discussions he had followed on last weekend’s Newsfile programme, a current affairs programme by the Multimedia Group, hosted on both TV and Radio.

According to him, “listening to the programme last Saturday, which had a panel that also, included a deputy minister of finance, l got confused when some of the panelists referenced opposing policies on inflation and fiscal policy. What exactly are these two terms and how do they play a part in our economic management.

“And most importantly why is that everything that one economist would say, another would have to come out to counter, all of them basing their arguments on some truths? What exactly is the economic truth so that we can all go about our duties knowing that we have heard from the best so we can quietly sleep? ”

As l did not have the opportunity to follow the programme myself, l would posit that, perhaps, the discussions touched on aspects of fiscal policy that contributes to the overall growth of the country or maybe inflation generally, as it affects an economy.

To get him out of his “confusion”, l would use a broad view of inflation, to explain the issues to him. And first off, let us look at what exactly inflation is?

Pundits, market watchers, economists, politicians are all concerned about inflation, which, at its basic level, refers to the increase in the general price level of goods and services.

What this means is that prices of goods and services are likely to go up or down, depending on prevailing factors. It is so because nothing stays the same; as l am sure you know! We are part of a universe where everything is moving and changing all the time.

So at the general price level, the increase or decrease between periods is what is used to determine whether “inflation” is going up or down.

Does it not surprise you when you read in the financial newspapers that inflation is “coming down”.

How come, l am sure you may have ever questioned, that the price has gone up and yet it is deemed that inflation is “coming down”!

It can all be explained simply as this: Let us assume that the price of a pen in January sold for 20 cedis, 30 cedis in February, 35 cedis in March and 37 cedis in April. If you do a simple comparison of the prices, you will realise that between January and February, the price increase was 10 cedis, and between February and March, the prices increase was five cedis and lastly, between March and April, it was two cedis.

You can clearly see an increasing trend but what you realise also is that whereas there is a marked increase between periods, the rate of increase kept reducing.

That simply explains falling inflation, that is, the increase between periods is falling. This is the reason why we can use “inflation and falling” in the same sentence.