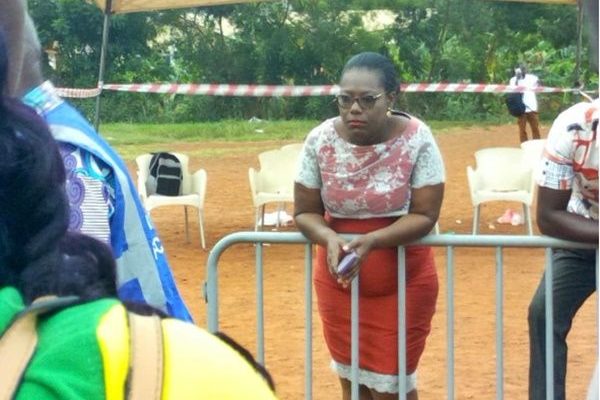 Nana Oye Lithur was gunning for the NDC parliamentary slot for the Adenta Constituency but lost to the junior brother of Ghana’s second lady, Mr Adamu Ramadan.

She disclosed her happiness at the defeat of her former boss while speaking in an interview on Accra based Neat FM monitored by Ghanaguardian.com

She claims that this will serve her well since she will learn to respect persons who have had parliamentary experience.

“I will advise that wherever she meets someone who has been to Parliament before she should respect her.

“Look how tired she was when you see that picture, making rounds. I have contested five elections and just this one look at how exasperated she is.”

“Next time she should give respect to people she meets who have been to where she wants to go now”, she concluded.