Love Capsule: He rushed me through my decision of getting married and our dream-like relationship came to an end 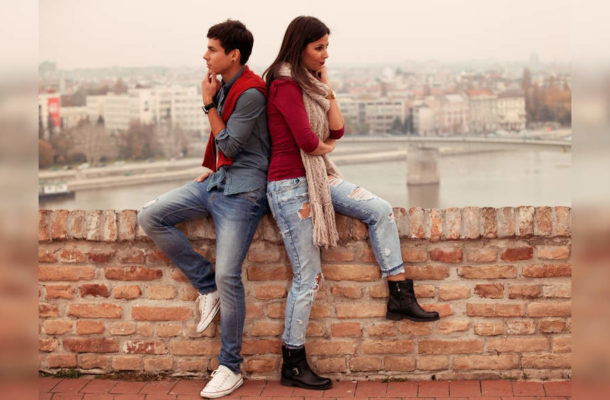 Rohan came into my life after I had just gotten out of an extremely toxic relationship. It was the phase in my life where I was getting rid of the relationship baggage from the previous one and wishing to not get into another one anytime soon. But God had some other plan for me, or at least it seemed that way. I didn't even want to meet anyone new because I didn't want to engage in any sort of conversation related to relationships. That's how far I was running from all of it at that moment. And then entered Rohan, who wasn't new to me at all. We studied under the same tutor while we were in our school years. We were never friends that time, never really had an intensive conversation while being under the same tutor too. Just some banters here and there. But nothing more than that. Cut to the first year of Interior Designing when we got back in touch somehow and happened to exchange numbers.

Soon, Rohan started doing little things for me and taking the effort to spend more and more quality time with me. He knew I had barely moved on from my toxic relationship and he knew I wasn't looking for another relationship just yet. He also noticed how sad and broken I was at that time. I barely went out to chill, did anything to make myself happy. That's when he took the business into his hands and started doing things to bring a smile to my face. Luckily, we lived one lane away from each other. So he'd just randomly call and ask me to get dressed so that he can take me out to eat a pastry just because I put out a message that I'm craving for one. Now, how many times does someone actually instantly turn up when you say you're craving for something to eat? But this guy kept turning up every single time. And trust me when I say this, he really was there for me each time I needed him and each time when I didn't think I needed anyone.

In a few months, I had realised that Rohan was someone who did everything that my ex never did in my past relationship. I know it's not fair to compare two relationships, but what do you do when you've dealt with a really toxic relationship and someone tries to repair your perspective of a healthy relationship? Rohan knew I was never a high-maintenance girl and little things gave me immense joy. But every once in a while, he would make everything look extremely fancy and romantic. He was the only guy out of all my relationships till now who actually put in real efforts to propose to me. This was a few years back so of course, he only asked me to be his girlfriend. Marriage wasn't even on my mind. Of course, I ended up saying yes and what followed next was all things dreamy.

Rohan pampered me like a princess and he always made sure to keep me happy. By now, he had gotten to know me much better and all sorts of things that made me immensely happy. Long drives, little pastry dates, hogging on street food once in a while and lots of quality time together even if it was simply sitting under each other's building to talk about each other's days. It was all going on way too well to be true. He was befriending my friends, introduced me to his friends and even his family had started to get comfortable around me. It was after a year and a half when things started to slip out of hand.

His family started to talk about our future plans. When would we want to consider getting engaged and even started to ask me if I'd want to think about getting married in the coming year? I was almost starting to freak out at all these serious talks but somehow I relied on Rohan to back me up and ask his parents to not worry about our future plans this soon. After all, I was just about to finish my second year of Interior Designing. I still had another year to finish, start my internship, followed by my first job and someday start my own firm. There was so much to think about my studies and career, marriage was not even on my priority list. I had always been someone who never gave up on the idea of being independent, financially. And my main focus was to make a good career before I even think of settling down with someone. To say the least, I wasn't at all ready or responsible enough to think about marriage while I was struggling to finish my assignments and meet project deadlines.

But Rohan and I started to have arguments about the very thing I was running away from. Marriage. He literally started to pressurize me and brainwash me into getting married to him soon. He said I could finish my last year of college after I get married to him. I tried to explain to him my near future goals but all he saw was his parent's concerns. We were not even 25! It was a big deal for me when he said he wants to get on with what his parents think is right for him. Our relationship became less of what it used to be and more of what it should be in the near future. I wasn't ready for it. And so I started to take a stand for my own decision instead of letting him brainwash me. I was quite the person who gets influenced very easily but this one time I knew what I didn't want for myself. Rohan decided to end the relationship when I refused the marriage proposal and no amount of explanations made him understand my perspective. He rushed me through my decision of getting married and our dream-like relationship came to an end. He found someone else to marry within that year itself and I am now almost reaching my big number 30, unmarried and a very successful interior designer.