Love Capsule: Something always felt missing in my marriage and the truth shook me 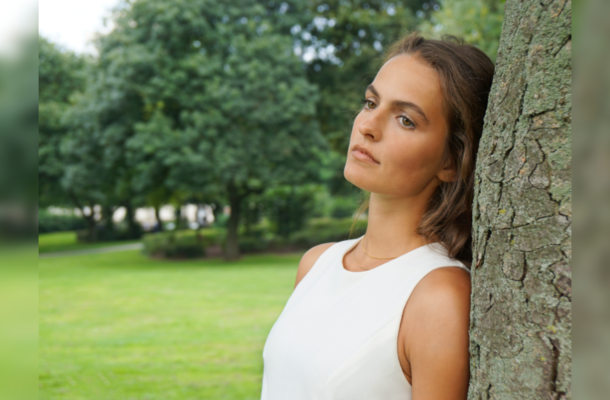 Since my childhood, I’ve been taught that marriage is a pure and sacred bond that has to be treasured at all costs. My parents, their sisters and brothers have had marital lives full of conflicts and bliss and somehow, in the process, I began to believe that the happiness of the marriage and our families was more important than my own happiness. But, with time, I understood what it exactly meant because I had been subduing my happiness when the time came.

By the age of 26, my parents got me married to a well-to-do man and I was elated of course. I had faith that my parents had chosen the right person for me and that I’ll be happy in my life. I did meet the man once or twice before we tied the knot because, at that time, even meeting twice was enough to know each other. He seemed shy and pretty nice, well-mannered and even looked quite attractive. Summing it up, I was content with the decision to marry him.

Wedding festivities began and everyone flocked to the wedding place in hopes of a grand wedding. Indeed, my parents had thrown a beautiful wedding, that I was grateful for. My husband and I managed to steal glances whenever we could. It all seemed fairy-tale like.

Until I faced somewhat of a rejection on my wedding night. We all know, how special it is supposed to be, and I had groomed myself in every way possible to make the experience magical. However, my husband quickly came in and sat beside me and talked to me for hardly a few minutes. He ended the conversation by saying how tired he was and then slept as soon as he could. At that point, I thought, he was bound to feel tired after all the wedding formalities. I swept it off. Besides, I didn’t want to appear too eager to consummate our wedding. What if he pegged me for a person to rush always?
It had been a week and he still hadn’t touched me, let alone kissed me. It felt weird but I still didn’t want to appear as the one to initiate things. I had also been a shy person. Other than that, he was really nice to me, loved to have intellectual conversations and seemed supportive. The only thing that nudged me was his lack of interest in the physical side of our marriage. It was almost as if I felt he was becoming a friend to me, rather than a husband. As months went by, my husband and I did consummate our marriage but it was nowhere near to what newly-married couples should experience. It felt as if he indulged in it, just for the sake of keeping up with the marriage. I never complained because other than this, he was an extremely kind and good-hearted person who really cared for his family. However, I always felt like an essential part of my marriage missing, and I couldn’t trace what it was.
However, a year after our marriage, my husband and I got into a fight about a trivial matter which later turned into a serious fight. Things didn’t seem to calm down for the moment and so, I finally let my emotions out, saying I longed for his love as a husband which I never got from him. It was emotionally draining me, and I couldn't seem to speak about it. After I burst out the words, my husband got quiet and suddenly sat down on the edge of the bed. I calmed down as I could hear him crying for a bit. I was stunned as I never expected him to be this vulnerable in front of me. Just as I was about to console him he said, “I am sorry, I never meant to hurt you. But, I don’t like women.”

I stood straight on my spot, shaking. I couldn’t believe it. My husband confessed that he was gay. I was still unable to wrap my mind around it, as I further pressed on, “what are you talking about? You are gay?” He looked at me and said nothing. He didn’t have to answer because I knew. Suddenly everything was falling into place, how he was unable to touch me for the past whole year. I didn’t want to believe it. I didn’t want to think that our marriage was a sham and that my husband will never love me. I plopped on the bed on one side and quietly pulled the blanket up. I needed sleep, I just needed to run away from reality.

The next morning, nothing was different and I knew it wasn’t a dream. My husband preferred men and I had to accept it, but at what cost? My own happiness. It mortified me as I thought that I would have to fake a happy marriage with my husband all my life. I didn’t want to be the one devoid of love from her husband nor did I want him to subdue his happiness for the sake of our families. We both calmly discussed and he apologised for deceiving me right through the wedding. He realised that he should've told me that he was gay, but again, my husband thought he might change once he would enter his marital life. But that wasn’t the case.

We decided we couldn’t go on like this. We had to come to a conclusion about what we really wanted.

It has been a month since we have filed for a divorce. Our families haven’t accepted it, and relations between them and us have strained. But, the relationship between me and my husband has become stronger, as friends. I understood him and supported him to go for what he wanted. He equally, wanted me to find someone I could truly be happy with. This step was necessary to free us of the bonds that bind us strongly, into an unhappy and unfulfilling marriage. But, I am glad we could go against society’s standards and look forward to our own happiness.