Love Capsule: We fight like crazy but always get back to each other at the end of the day 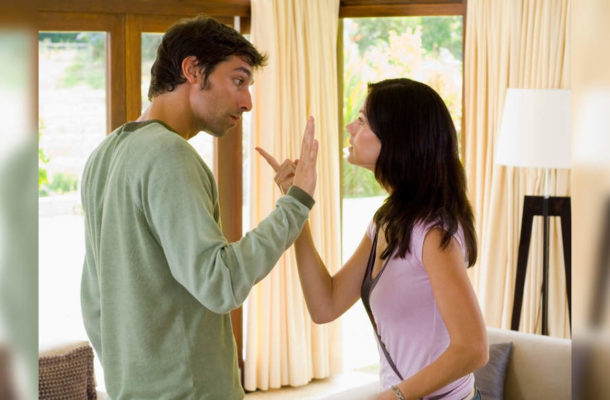 My fiance and I have been together since the time we were in college. He was my senior and I knew him just by his name. Somehow we both dropped out during the last year of our course because of our respective personal reasons. We never really spoke when we were in college. We only started speaking later over Facebook which eventually led to exchanging numbers and sending silly snaps to each other. Do you know how it feels when you instantly click with a person and feel a strong connection within no time? Yeah, that happened. Our chemistry was so strong that we fell head over heels for each other in no time. And then there was no stopping. We confessed how we felt for each other over a phone call and that was it!

We started dating and just like any other relationship, we too enjoyed our honeymoon period while it lasted. He and I both were quite proud of how we weren't the kind of couple who ever fought. Even if we were upset with each other due to some reason, we'd never let it drag till it turns into a huge fight and always made sure to sort things out when we caught hold of a problem. Even our friends were so startled about how we were so good at doing this whole relationship thing without even a single fight. But of course, that had to go for a toss and just after a couple of years, we started to argue more often. The kind of arguments that won't end for days. Earlier we used to just stay away from each other instead of talking things out. We thought that was the best way to not say hurtful things to each other in the heat of the moment which could make things worse.

Things started to worsen when we stayed distant from each other when we were upset. You know how it is, right? When you bottle up your feelings and emotions to a point where all you're left with is a lump in your throat, misty eyes and big sighs. Not sure about him, but I was always the one who felt way too heavy in my heart and head. I am an overthinker. This means all the negative emotions are heightened when things go wrong for me. This trick wasn't working for either of us. Until we realised that it only makes us hold grudges against each other for long. So we thought of changing this and instead, started saying things out sooner and sort them out. This created quite a havoc, not going to lie!

It's been close to seven years being with each other and not a single argument has passed by where we both haven't fought like crazy. We say things out, we feel hurt, we yell at each other, but at the end of the day, we get back together as if nothing happened. It's funny how he even added this in his proposal speech when he went down on his knees to ask me to marry him. After all the ultra-sweet things that he said while proposing to me, he ended it with, "There's no one I'd rather have crazy fights with and patch up within no time as nothing happened." That was it for me. I knew I wanted this man for the rest of my life and no amount of fighting and hurting each other would take away my love for him. Our love for each other is stronger than our differences and we've always maintained it that way.

Of course, we're matured now and we know how to handle situations a lot better than we did when we were in our early twenties. We still fight like crazy sometimes and let things get ugly in the heat of the moment, but we know how to convince each other at the right moment. We find one good reason to get back together with all the love that we have. Our friends still tell us how amazing of a love story we have and how we make for the most entertaining couple in our friend's circle. And to be honest, we quite like the sound of it!