Is this how low a mighty club like Hearts of Oak have sunk? 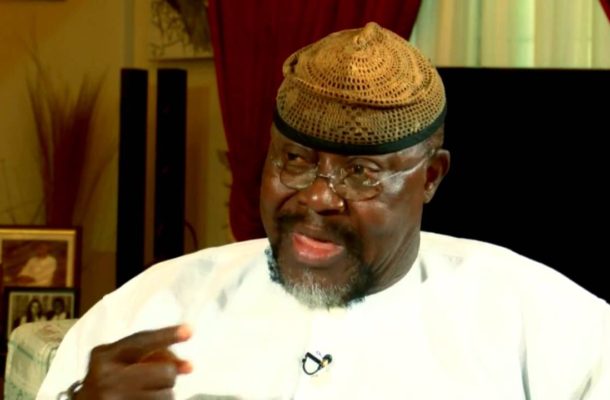 Hearts of Oak Board member Dr Nyaho Nyaho Tamakloe As usual, I make it a point to look out for local sporting news for something fresh on a regular basis, and a news item caught my eye. According to the story, which was published by ghanasoccernet.com,

Board member and former Chairman of Hearts of Oak, Dr. Nyaho Nyaho Tamakloe says players that the club will sign for next season will be interviewed before being allowed to put pen to paper. Dr Tamakloe believes that the players should be interviewed to ascertain their understanding of the Basic technical skills in football.

To say that I was shocked to read this would be an understatement and it is time to tell the entire Hearts of Oak hierarchy some hard home truths and ask certain questions.

For starters, why does the hierarchy of the club persist in always blaming everyone else but itself after it takes decisions that adversely affect the club? For no solid reason, David Duncan was sacked from his role as club head coach and replaced by Mohammed Polo. To be very blunt, that was the equivalent of selling your colour television to buy a black and white one. I was present for the unveiling of Polo and Dr Tamakloe represented the Board that day. I remember the former Ghana Football Association chairman calling on Polo to unearth striking talent for the team. We all know how it ended. For footballing reasons, the decision to get rid of Duncan made no sense, but did the Hearts of hierarchy learn anything from this? Not at all!

Fast forward to the just ended season. Kenichi Yatsuhashi was doing well with the players and as a result of his training methods; the players were very fit and were scoring late goals in most games. In addition, Hearts of Oak was unbeaten in away games. Despite all this, Yatsuhashi had for some reason incurred the wrath of the club’s top brass, which tried everything to get rid of him.

Indeed, I can state on authority that before the match against Ashanti Gold in Obuasi, the club hierarchy secretly approached assistant coach Yaw Preko and told him they wanted to sack Yatsuhashi so that he takes over as the head coach. Preko refused, because, together with Nassamu Yakubu, he was enjoying a very fruitful working relationship with the Japanese-American.

Yatsuhashi had a coaching course to attend outside the country and, knowing how badly the club’s top brass wanted to get rid of him, asked the club to put Preko and Yakubu in temporary charge until he returns from the coaching course and if the club did not want that arrangement, he was open to a mutual parting of ways. As he anticipated, the club chose to sever ties with him and he left the club. Soon he was replaced by Sergio Traguil and results began to go downhill. It is my belief that had coach Keni been retained, Hearts of Oak could have won the Premier League title, because even with the poor run of results, the club finished third, just three points off top spot.

So it is fair for me to say that the club’s hierarchy, of which Dr Nyaho Nyaho Tamakloe is part, cost the club the title with the short sighted decision to part company with Keni and replace him with Traguil, which proved the equivalent of selling your flat screen television to buy an old fashioned one. The fact that Traguil was sacked before the season ended says it all; the decision made no footballing sense at all!

So how come Dr Tamakloe is talking about interviewing players? I would have thought that he would have suggested that members of the hierarchy rather be interviewed to ascertain the ability to take the right decisions for the club.

Again, is Dr Tamakloe saying that the club’s scouting network is either useless or non-existent? I ask because it is normally such scouting networks that would identify players who would not only love to play for Hearts of Oak, but have the requisite basic technical skills to play well. If Dr Tamakloe is saying this, then this means that for some time now, Hearts of Oak have just brought in players based on word of mouth recommendations alone and if that is the case, then the club has sunk to a very very low level indeed!

What the club needs to do is to rebuild its scouting network, because Dr Tamakloe’s comments would suggest that the club doesn’t have one at the moment, plus the revival of youth team Auroras, which has been comatose for God knows how long. I hope this is done, otherwise, the club might be embarking on something akin to a reality TV show to recruit players.

With the greatest of respect, I sincerely wish that Dr Tamakloe had not made such comments because he has inadvertently washed the club’s dirty linen in public and that is not good at all.