LPG operators reopen outlets after four days of shutting down 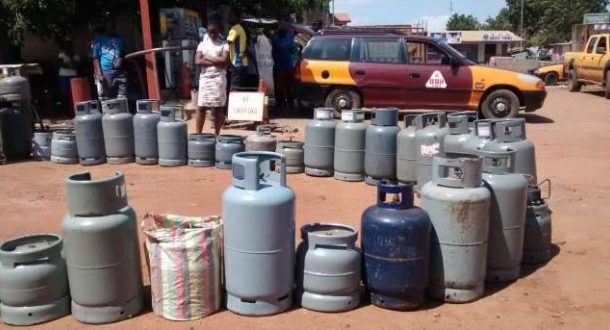 LPG retail outlets across the Republic of Ghana have been reopened to consumers after four days of shutting down by their operators.

The LPG operators shut down their outlets in solidarity with Tanker Drivers Unions who are on sit-down strike since Monday.

The drivers embarked on a sit-down strike to protest the continuous ban on LPG projects which were at various stages of completion and claims by the NPA that drivers had been tampering with their seal.

Cabinet, on Wednesday, lifted the ban to pave way for its owners to complete them.

A statement issued by the Association said: “We, the LPG Marketing Companies Association of Ghana, welcome the government’s decision to lift the ban on the construction of LPG retail outlets across the country.

“We are, by this statement, calling off the industrial action commenced on Monday, August 1, 2022, with immediate effect,” it explained.

It commended Ghanaians for their tremendous support.

It also thanked President Akufo-Addo, the Energy Minister, Dr Matthew Opoku Prempeh and the Chief Executive Officer of the National Petroleum Authority, Dr Mustapha Abdul-Hamid, for reversing the decision which it described as costing the lives of some of its members and millions of cedis.

“This resolution is without prejudice to our concerns about NPA’s communication on the lifting of the ban as we are particularly worried about the lack of the details in the statement,” it stressed.

“It is our earnest expectation that the Ministry of Energy and the NPA will bring all the regulatory bodies on board to ensure the smooth implementation of this directive from Cabinet,” it concluded.