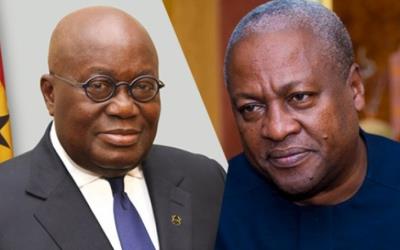 A corruption perception survey conducted by Afro Barometer and Transparency International has revealed how a large percentage of Ghanaians in 2015 perceived their President at the time, ex-president John Mahama.

In ranking Institutions and individuals in terms of corruption, the afrobarometer report shows that 47 percent of Ghanaians in 2015 perceived the President at the time (Mahama) to be corrupt.

However, in 2019, only 27 percent of Ghanaians think their President, Akufo-Addo, is corrupt, a significant drop in the perceived corruption rate at the level in the country.

The report also shows that under former President Mahama in 2015, corruption increased to 76 percent and decreased only by 8 percent in that year.

Again in 2019, corruption has increased by 33 percent and subsequently reduced by 36 percent over the last 12 months.

According to the report, 60 percent thought ordinary citizens can make a difference in the fight against corruption.

The Afrobarometer survey collates citizens views and experiences with corruption in a number of African countries including The Gambia, Benin, Liberia, Uganda, Gabon, Niger, General, Burkina Faso, among others.

Citizens, according to the report, were asked about their experiences with bribery for basic services, such as health care and education, to better understand what happens in people’s daily lives.

“We found that people’s experiences vary and some services are better than others when it comes to controlling corruption,” the report. 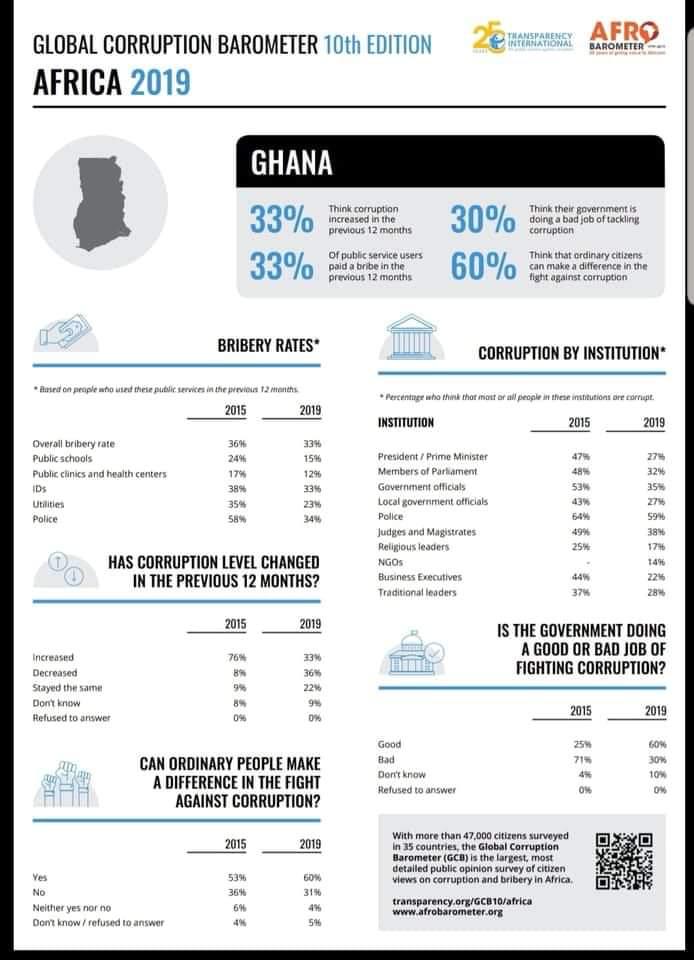