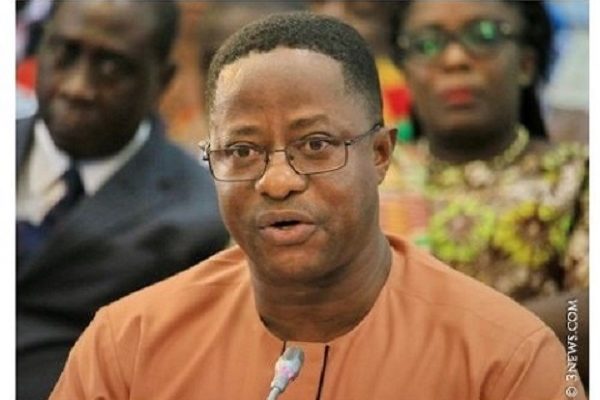 The Minister of Lands and Natural Resources John Peter Amewu has warned the former President John Dramani Mahama to desist from using ‘galamseyers’ against the Akufo-Addo’s government.

He said Mr Mahama cannot capitalise on the government’s fight against illegal mining to win power in 2020 elections by painting the government black.

Mr Mahama on Saturday addressing NDC supporters during the party’s Unity Walk in the Ashanti regional capital, Kumasi chastised the government for encouraging soldiers to shoot-to-kill recalcitrant ‘galamseyers’ in its fight against ‘galamsey’.

But responding to Mr Mahama’s comment, Mr Amewu questioned the alternative measures the former put in place for the jobless ‘galamseyers’ during his tenure.

He said the former President has lost the respect he had for him, asking him to produce a single page-document on small-scale mining.

“… We knew that the combat approach is not an alternative, yes of course we are aware, and that’s why we came out with a comprehensive document. He’s (Mahama) been a president for four years, he’s been a vice president for a number of years, what alternative has he put in place? President Mahama has been one of the fortunate Ghanaians on this earth…he ruled this country for this number of years at the peak of galamsey, he’s not been able to provide a single paper on sanitizing the small-scale mining.

‘Today you mount a platform and tell Ghanaians; I’m so much disappointed. He should produce as a minister, he should produce as a president of this country when he was, whether he has produced a single page-document on small-scale mining in this country. He has failed Ghanaians and that  was why Ghanaians rejected him as a president. He cannot use galamsey at this time, thinking that he’ll come back to power. I respect that man, but for today I’m much disappointed in the words he said when he was in Kumasi.”