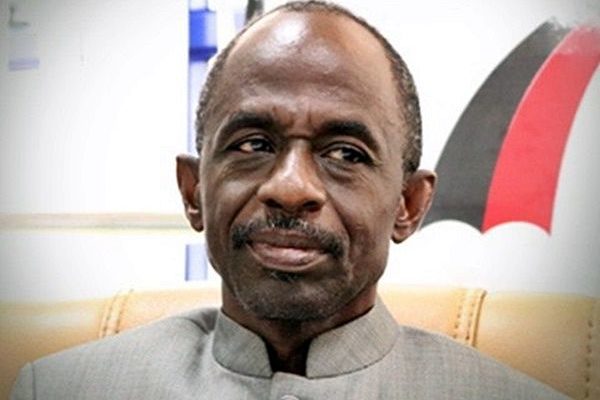 The General Secretary of the main opposition National Democratic Congress (NDC), Mr Johnson Asiedu Nketia, has registered the party's displeasure with the manner former Minister of Finance, Kwabena Duffuor goes about donating items to the grassroots of the party via his Ahotor project.

According to Mr Nketia, Dr Duffuor’s mode of donation is problematic.

He said the former Finance Minister’s donations flout the party’s rules and regulations.

He explained that nobody donates to the party and still manages the donations.

Speaking on Accra100.5 FM’s mid-day news on Monday, 29th August 2022, Mr Asiedu Nketia argued that “the party’s rules say once you donate, you have no hand in the management of the donation.”

“This is not the first time the party has received such donations; the late President John Evans Atta Mills donated cars and former President John Dramani Mahama made some donations to the party. All these items were handed over to the Functional National Executives of the party to be subsequently distributed to the various constituencies.”

He said the party is aware an NGO has been set up by the former Finance Minister to manage the proceeds that accrue from the use of the donation from the Ahotor Project.

This, he explained, is in contravention of the party’s rules and regulations on receiving donations from well-meaning personalities in the country.

“You don’t donate and decide how the donations should be managed,” Mr Asiedu Nketia asserted.

He revealed that the NDC was initially misled into accepting the Ahotor project, hence the decision for the party to call Dr Duffuor to a series of meetings to chart the way forward for receiving some of these donations, “only for us to receive news over the weekend that Dr Duffuor was making some presentation to the Ashanti regional branch of the party in disregard of the meetings that were held on donating to the party”.

Over the weekend, Dr Duffuor donated public address equipment to three constituencies in the Ashanti region, as part of his Ahotor project.

The project is aimed at helping the grassroots of the party to be financially stable to run their operations efficiently in preparedness for the party recapturing power in the 2024 general elections.

Each of the constituencies received 100 plastic chairs, four canopies, and a sound system, amounting to GHS90,000.

The Project Manager, Mr Abass Osabutey, presented the items on behalf of the former Finance Minister at separate ceremonies held at the constituencies in the region.

He said the equipment would be rented to generate revenue for the party at the constituency level.

According to him, the revenue that accrues will be used to finance party activities and support the party's grassroots members.

Beyond that, he inaugurated a committee to ensure the smooth management of the equipment.

The executives of the party, who received the equipment, expressed gratitude to Dr Duffuor for the Ahotor project.