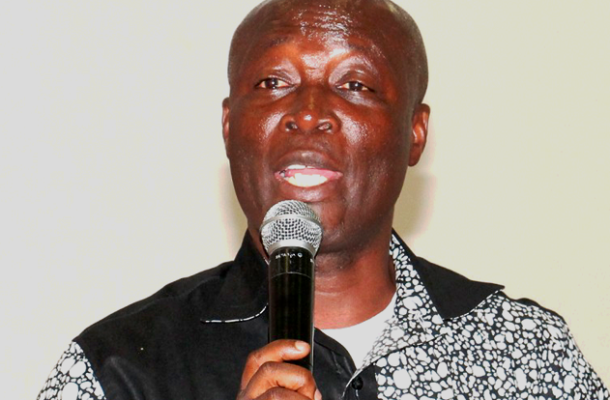 Former Minister for Youth and Sports under the erstwhile Mahama administration, Edwin Nii Lante Vanderpuye, has said former President John Mahama is now heeding to the advise of elders of the National Democratic Congress (NDC) ahead of his bid to return to power.

According to the tough talking NDC lawmaker, Mr. Mahama is now taking advise from NDC elders like the Ahwoi brothers and Capt. Kojo Tsikata.

Speaking on The Big Issue, Mr. Vanderpuye explained that these were indications Mr. Mahama was taking the Kwesi Botchway report on the NDC’s disastrous election 2016 seriously.

He said; “There are some of the things that we captured under the Kwesi Botchwey committee that were outside the realm pertaining to his Presidency, his personality, what people were saying of him, why people voted against him and those ones were related to him so we handed it over to him.”

“I can assure you that before he took this decision [to contest for President], there has been very wide consultation with… some of these perceived elders who were sidelined, pushed back and all that.”

“He has been advised on certain things to do and as a human being, as humble and respectful as he is, he has listened to the elders, he has taken steps to make sure, that if those things are what led to that humiliating defeat, he is ready [to change],” the Odododiodio MP added.

In a tweet on Thursday, Mr. Mahama confirmed his participation in the NDC’s presidential race.

He says he has subsequently submitted his letter of intent to the General Secretary of the NDC, Asiedu Nketiah.

“I have submitted my letter to the General Secretary of the National Democratic Congress (NDC) confirming my decision to contest for the leadership of the party with a clear view on victory in 2020, with your support,’ he tweeted.

His letter of intent was presented on his behalf by a group of party heavy weights including former ministers of state like Inusah Fuseini and Sherry Ayitey.

The NDC has slated December 7, 2018, for the election of its flagbearer for the 2020 presidential election.