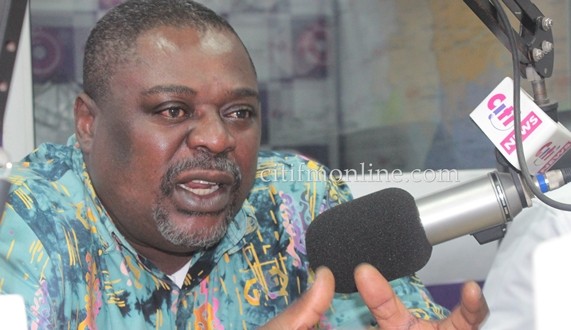 Deputy General Secretary of the National Democratic Congress (NDC) Koku Anyidoho, has countered the opposition New Patriotic Party’s suggestion that President John Dramani Mahama was intoxicated while criticising their flagbearer Nana Akufo Addo. Speaking at Bimbilla on his four-day campaign tour of the Northern region, President Mahama had said that Nana Addo was a divisive figure who was  leading “only half of the party” and that “the other half are sitting with their hands folded watching him drive the bus down.

The NPP hit back at the President on Thursday, with the party’s acting General Secretary, John Boadu stating that the President might have been ‘under the influence’ and ‘possessed’ when he made those comments.

“…after destroying the legacy the late president John Evans Atta Mills left him in 2012 and watching helplessly, power slipping through his reckless, incompetent, corrupt and insensitive hands, President Mahama is now showing his true colours. Rather than addressing the myriad of problems the country is facing, he has reduced his bid for re-election, to a manifesto of lies and insults against Nana Akufo Addo. The president is talking as if he is possessed. He is using words as if he is seeing things as double,” John Boadu, NPP acting General Secretary said.

However, according to Koku Anyidoho, President Mahama was ‘intoxicated with the truth’ when he accused Nana Addo of being a dictator.

“He [Mahama] was under the influence of the truth and the facts as pertains within the NPP and to every discerning Ghanaian. It could have been nothing else but the truth,” he said on Eyewitness News. The two leading parties have clashed several times in recent days on several issues during their campaigns. Nana Addo had bemoaned the state of roads in the region during his five-day tour of the Western Region, criticizing the government for failing to honour its promise to fix the roads.

President Mahama, who toured the region days after, hit back at Nana Addo, stating that the NPP flagbearer must have been sleeping to have missed the good work done by the government on the roads. The NPP, who took offence, described the comments as unpresidential while the party’s flagbearer said that “did not see the roads he [President Mahama] constructed. It was the same poor muddy roads I used in the region. I was wondering what roads he was talking about.”

However, Koku Anyidoho has sought to clarify the President’s comments, explaining that they had been meant to be taken figuratively.

He believes the NPP’s literal understanding of President Mahama’s words had created an unnecessary fuss.

“Since when did we start bastardising the use of idiomatic expressions and the use of figures of speech in our language. It’s figures of speech and idiomatic expressions that colour our language. If you say the person was asleep, it’s figurative,  it means the person was not paying attention. If you take it literally, that’s you own base understanding of the English Language. If someone is sleeping on duty, or sleeping behind the console, it doesn’t mean you are snoring, it just means that you are not paying attention to detail,” he said.

“Nana Addo obviously didn’t pay attention to detail when he travelled on that road because it’s one of the best in the Western Region so it you say it’s in a bad shape obviously, figuratively, he must have been sleeping on the road”