Mahama must be careful with Montie 3 petition – Ibn Chambas 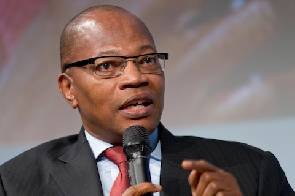 The United Nation’s (UN’s) Secretary-General’s Representative for West Africa and the Sahel says government must put in measures to ensure that the independence of the judiciary is not compromised ahead of the December polls.

Dr Ibn Chambas has cautioned President John Mahama to ensure that discussions regarding a petition to pardon three pro-government communicators who have been convicted and incarcerated for contempt, do not taint the powers of the Supreme Court (SC).

“The strengthening of institutions [such as] the Electoral Commission, and Judiciary deserve the respect of all Ghanaians in order to play their role as arbiters as referees in this election,” he told Joy News’ Latif Iddrisu in reaction to a question on the petition requesting for presidential pardon for the three.

The two panelists spurred on by Mr Maase threatened to murder justices of the Supreme Court if their ruling in an electoral roll case brought against the Electoral Commission (EC) does not favour the Commission.

This landed them in the court where they were handed four months and a penalty of GHS10,000 each for criminal contempt of court.

Faithful of the governing National Democratic Congress (NDC) have, since their sentencing, piled pressure on President Mahama to activate his powers as captured in Article 72 of the 1992 Constitution.

The Article empowers the President to, yearly, pardon persons who are serving jail term on grounds of Prerogative of mercy.

Last week, a petition initiated by a pro-NDC group Research and Advocacy Platform (RAP) which was signed by some top echelons of the NDC was submitted to the President and subsequently forwarded to the Council of State for its advice.

Discussions on the petition have been rancorous in the country. Whereas some political and legal pundits believe the President should go ahead to grant reprieve to the three men, others believe otherwise.

Former President of Ghana Bar Association, Sam Okudzeto, says it will be in bad taste for President Mahama to pardon the trio considering their offense. This contradicted the views of some government officials such as the Gender Minister, Nana Oye Lithur, who signed the petition for the trio to be pardoned.

Wading into the debate, Dr Chambas says the last thing any nation would do especially in an election year as Ghana finds itself will be to make a public ridicule of the integrity and powers of the judiciary.

He says discussions surrounding the Montie three have courted the attention of the UN and they are resolved nothing should be done to harm the reputation of the justice system and the EC.

On E-Transmission of 2016 election results:

Regarding the EC’s intention to transmit the December polls results electronically, Dr Chambas has encouraged close collaboration between the EC and other major stakeholders.

He believes the E-transmission is being “test run,” adding, “we hope that there would be consensus on the Electronic transmission for the election results to go uncontested for.”