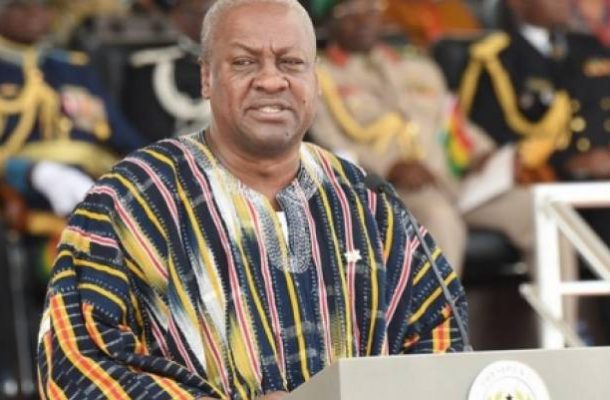 President John Dramani Mahama is hopeful Ghana will come out of the three-year programme with the International Monetary Fund (IMF), with a single digit inflation and a low budget deficit.

He said this at the National Democratic Congress’ (NDC) Campaign launch for the 2016 elections in Cape Coast, President Mahama emphasised that, government has been able to abide by most of the conditions set by the IMF board.

He added that, the economy will show a rebound with debt to GDP ratio below 3 percent, a stable currency, and a significantly lower interest rate.

President Mahama explained that, government has already financed all of its expenditure till now, without support from the Bank of Ghana.

“This is unprecedented in the history of Ghana. What it means is that, we have financed government’s expenditures this year up till now from Ghana’s own revenue,” he said.

Pointing to recent records, President Mahama stated that, government has made improvement on major economic indicators such as inflation, interest rates and exchange rate since 2013.

“In 2013, we were running a budget deficit of close to 12 percent. Rising inflation and depreciating currency and spiraling interest rate. This created a negative outlook for both domestic and international investors,” he said.

He stated that government had to take a bold decision to remedy the situation by going to the IMF.