Mahama viciously attacks Otabil for being 'tired' of politics 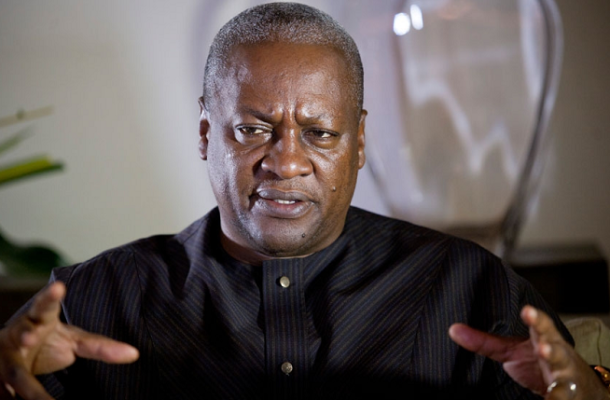 According Mr. Mahama, the same people who aggressively criticized his administration have lost their voices to the wrongdoings of the Akufo-Addo led administration.

Addressing some NDC supporters in the UK, Mr. Mahama said he is surprised at the way the media and other prominent individuals are tolerating the level of cronyism under the NPP administration.

He continued: “Something is pardonable when one government is in power but when another is in power it’s unpardonable, things that the media would have been so loud about under my administration, it happens every day and it’s like it’s business as usual. That is the hypocrisy of our civil society and religious and traditional leaders, everybody is quiet, suddenly some say they don’t watch TV anymore and that they watch animals.

“In our time they were not watching animals, they were watching political discussions. You’re now tired of too much politics…you’ll be tired, because your darling government is super incompetent and so you’re tired of hearing the analysis, that’s the hypocrisy we face in our country. So let us not buy into their propaganda”.

The founder of the  International Central Gospel Church (ICGC) Dr. Mensa Otabil on the event of the church’s 34th-anniversary service on Sunday 4th March said he would rather watch animal kingdom than follow media discussions in Ghana.

“I will watch animals. I’ll watch cheetah, I’ll watch lion, I’ll watch antelope anytime… I’ll watch giraffes anytime because at least they’ll tell me how to hunt, how to get to your goal, how to avoid being eaten. I’ll learn that from an antelope. At least I’d come back and say: nobody will eat me. But you listen to Ghanaian radio, watch Ghanaian TV and you wonder; are we still here, the mediocrity?”.