Mahama was rushed into Presidency – Bagbin 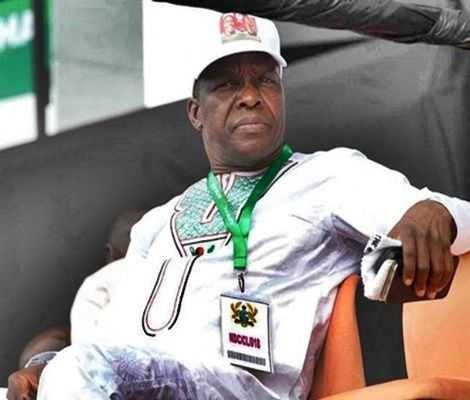 Former President John Dramani Mahama did not have enough opportunity to mature before getting into the highest office of the Presidency, Mr Alban Kingsford Sumana Bagbin, Second Deputy Speaker of Parliament has said.

Mr Bagbin was speaking in an interview with the media in Assin Fosu on Sunday said Mr Mahama was rushed into Presidency with little experience.

His statement stands contrary to the view that former President Mahama is an astute politician, who had gone through the political-mill and rose to the position.

"Former President Mahama came to Parliament in 1997, became a Deputy Minister but did not get much opportunity to learn the culture of "give and take...he was then chosen to be the running mate of Professor Mills, but we lost him after three and half years and so he [Mahama] was automatically catapulted into the position of President in just one day and that was a rush."

The Second Deputy Speaker of Parliament described himself as an astute and experienced politician who had inspired former President Mahama and the likes and rallied for their support to enable him take over the reigns of government to return the country onto the path of growth.

He also indicated that the NDC failed woefully in power under Mahama because the government abandoned the Party and the pillars of politics.

The pillars of politics, he identified to include; the media, technocrats and the Party itself as the mother-ship that were woefully abandoned to their fate.

“We must also not forget our grassroots; you are an ingrate to ride on their support and sacrifices into office only to abandon them when you get there,” he added.