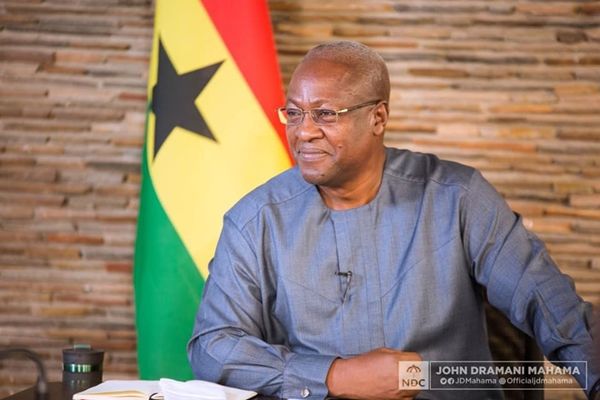 When a political party is peopled with unfit intelligentsia, a search for a credible and marketable running mate becomes an arduous task.

It is important to establish the fact that the NDC has a dearth in men and women with requisite knowledge in economic management, hence the over one year timeframe which has produced no name as someone to deputize Mahama.

The party is not just searching for a running mate, in fact, they are looking for a Bawumia amongst them.

It's been a year of continuous search, nothing concrete in terms of outcomes have come out of the search.

The truth of the matter is, you cannot find an odum tree amongst mere trees. A plantation of pawpaw cannot accommodate a towering Odum tree.

Some of the names which came up as those pencilled for the running mate position of the NDC have declined the invitation since none can compete with Vice President Bawumia in the arena of economic management.

Professor Kwesi Botchwey is said to have declined the offer to partner Mahama into the 2020 elections for obvious reasons.

There are others whose names have come up but cannot outbox the Vice President of the Republic, Dr. Mahamudu Bawumia in anything.

Bawumia is the reason behind the persistent headaches Mahama is being confronted with in his desperate search for a credible running mate.

It is puzzling how they search for a golden ornament from a field filled with only sand.

There is only one Bawumia. He gives the NDC sleepless nights, he bulldozes their stale propaganda with factually correct and cogently tangible figures and sends same into the dustbin. Bawumia is NDC's worst nightmare!