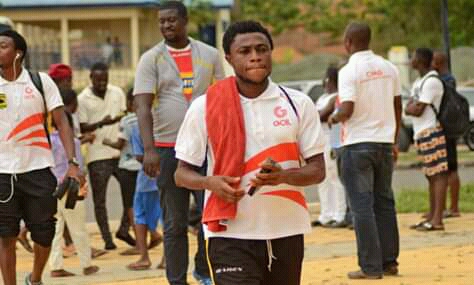 Asante Kotoko have been dealt a major blow ahead of their crucial CAF Confederation Cup clash against Al Hilal.

The Porcupine Warriors will have to do without the services of winger Emmanuel Gyamfi who picked up a knock while scoring in the side’s 3-0 win over Nkana FC on matchday four of the competition at the Baba Yara Sports Stadium.

Coach C.K Akunnor has confirmed the injury to 22 year old attacker and ruled him out of the encounter with the Sudanese giants.

"I will get the report [on Emmanuel Gyamfi's injury] from the medical team tomorrow...But it doesn't look good" Akonnor told OTEC FM.

"He will not be available for Al Hilal. I have other players to replace him in our next game against the Sudanese side.”