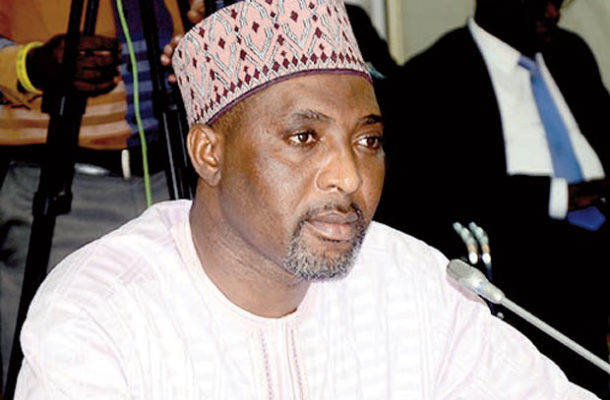 Member of Parliament for Asawase and Minority Chief Whip, Mohammed-Mubarak Muntaka has defended the decision of the Minority in Parliament to stay away from the proceedings in the House that led to the controversial reversal of a rejection of the 2022 budget and subsequent approval of same by the Majority Group.

According to him, the Majority had made it clear that they were bent on passing the budget by legal or illegal means.

He disclosed on Joy News’ PM Express programme of Tuesday, November 30, 2021, that the Minority had picked intelligence that the Majority was going to use the presiding Speaker, Joseph Osei-Owusu alias Joe Wise, to ‘manipulate’ the process.

Joe Wise, MP for Bekwai, was sitting in for Speaker Alban Bagbin who is currently in the United Arab Emirates for routine medical care. Bagbin had been in the seat when the budget was rejected on November 26, 2021.

“We picked intelligence in our discussions they were bent on doing everything whether legitimate or illegal to rescind the decision that took place.

“We were reliably informed that he (Presiding Speaker) was going to put the question, then he will go blind and the difficulty we have with our Standing Orders is that when you want to challenge Mr. Speaker, you have to come with a substantive motion.

“So when he puts the question and he goes blind, we can all put our hands up and he will still not call you.

He continued: “What they will do is that they will take advantage of our number in the chamber to be able to have about 274 recorded in the votes and proceedings for the vote tomorrow, that will be more than the required number to take a decision.

“So in our discussions and as part of our strategy, yes, we knew they were bent on doing this and the only way they would do this is, the Speaker will put the question and then he will go blind and he will not call you and the only way you can challenge is to come with a substantive motion that will take days but they will take undue advantage of our number.

“The best is to stay away and be recorded absent so that you can expose what they want to do and that is exactly what they have done,” he explained.

Reacting to the allegations, Deputy Majority Leader Alexander Kwamina Afenyo-Markin said he did not know where Muntaka got those allegations adding that such conjecture needed to be left with kids.

The issue at hand relates to whether or not a quorum was achieved in the rejection on November 26, 2021, of the 2022 Budget. The Majority walked out of the House claiming bias on the part of Speaker Alban Bagbin.

Yesterday, the Minority stayed out of proceedings and accused the Majority of flouting the rule that required 138 Members to be present to take a decision.

The Majority had 137 MPs in the house but the presiding Speaker, Joe Osei Owusu (MP for Bekwai) was also counted making the MPs in the house 138. The Budget was subsequently passed but not after the rejection of last Friday was rescinded.
Source: Ghanaweb