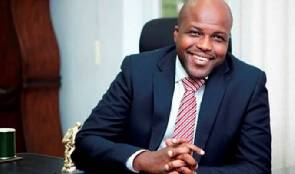 Group Chief Executive Officer (CEO) of Databank Kojo Addae-Mensah has called on politicians to make sports a priority in their manifestos as the country gears up towards election.

“Sports is such an important aspect of our economy and it is such a pity that both two major political parties have failed to make it a core of their manifestos. If I were a politician running for office, one of the smartest things I would do [would be] to put sports top of my scale of preference” he told Class Sports’ Hussein Hassan.

According to Mr Addae-Mensah sports and its infrastructure must be at the core of campaign messages of the various political parties. He said: “…Football pitches and other sports facilities are not built in communities anymore. Every community used to have facilities that aided in the nurturing of young sporting talents [in the past]. Why do we complain when our athletes perform dismally in international competitions? We don’t have the basics. Politicians must also campaign seriously on sports infrastructure.”