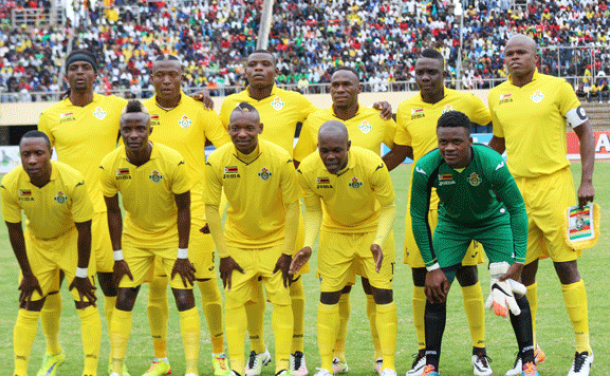 It will be the battle of COSAFA when southern representatives Malawi and Zimbabwe try to salvage their fortunes at the TotalEnergies Africa Cup of Nations on Friday.

Both teams lost their Group B opening matches. Zimbabwe conceded a late penalty in their 1-0 defeat to Senegal, while Malawi lost to Guinea by the same result.

In their third Africa Cup of Nations appearance, Malawi are still to surpass the group stage. And if they are to do so this time round, they will need a win over southern neighbors Zimbabwe.

With just one win in seven games, The Flames will do their best for maximum points that will set the pace towards a historic place in the knockout stages.

"We had a very good but unlucky performance against Guinea. We took note of our mistakes and playing Zimbabwe will be totally different. We have some players back after missing the first game. Zimbabwe are a very good side tactically, but I have told my players we are in a must win situation.”

"The mood in the camp is buoyant and as players we have resolved to go all out and get a win against the strong Zimbabwe team. We had a lot of opportunities against Guinea that we never made use of. Now it will be a different game against Zimbabwe.”

Zimbabwe – To end the drought

It has been almost 16 years since Zimbabwe last won an AFCON game. Since beating Ghana 2-1 in 2006, The Warriors have failed to win in their last seven Africa Cup of Nations matches, gathering just a couple of points in the process.

Zimbabwe was about to get a valuable point from top ranks Senegal, but for a deep injury time penalty that saw them finishing the game with nothing in hand.

"We have been working on recovery after the last-minute loss to Senegal. We have a very good side, and we know our game against Malawi is a mist win. I spoke to the players who were very emotional, and I am happy they have decided to forget the Senegal game. I am not going to make changes to my squad but will just emphasize on consistency and using our chances effectively.”

"Our loss to Senegal was disappointing, but we have since recovered and decided to move on to the next game against Malawi which is a must win. The mood is camp is good and we are rearing to go as we work hard towards getting the three points and making our entire nation proud.