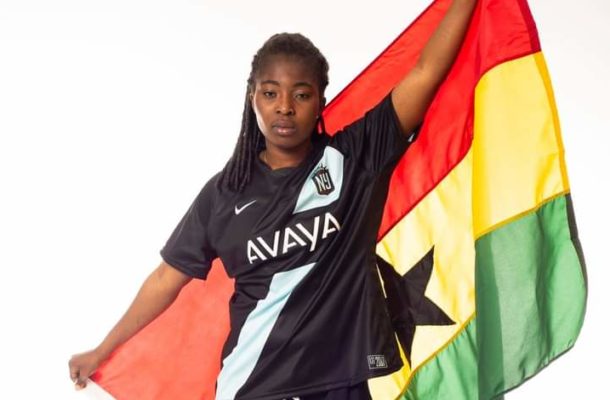 Black Queen midfielder Jennifer Cudjoe says that male and female footballers must be paid equal pay as they do the same job.

As a member of the Black Women’s Player Collective, an organisation of more than 40 black women players competing in the National Women’s Soccer League (NWSL), Jennifer tries to help break down barriers and elevate the representation of black women players.

Having spent over seven years in the U.S. now, Jennifer noticed that not only in Ghana girls and women are not treated the same as boys and men.

“So equal pay is supposed to happen and I’m happy that the US and other countries are doing that. How do you give so much to the men and not women? Elsewhere, the women’s teams are treated right. The respect is 50-50.”

Cudjoe is unrelenting in her pursuit to use her voice to bring about change. “Being a professional player is more than just playing and making a name for myself. We’re bigger than that,” she says.

“For me, it’s just something that I told myself a long time ago I’m going to dedicate myself to and I’ll do it until I see change happening. I’m grateful that God pushed me to this path for me to learn so much from my mates from other countries. And that has made me who I am … able to have these uncomfortable conversations and express that things need to be better.

“This is my goal. I want to create change and I’m going to continue doing that whether I’m done playing football or not.”

Despite the strides made in the development of women’s football in Africa, many players lack financial stability. A few are privileged to be signed by clubs based in Europe and the US, but the majority of female footballers on the continent are paid meagre wages and some even play without contracts.

Globally, the debate over whether male and female footballers should receive equal pay has been raging on for years. England, the US, Australia, Norway and New Zealand have taken the lead in agreeing to pay the same appearance fees and bonuses to both men’s and women’s national teams.