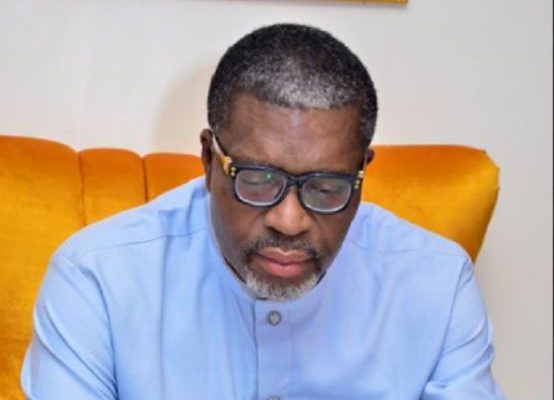 Veteran Nigerian actor, Anayo Modestus Onyekwere popularly known as Kanayo O. Kanayo, a victim of child abuse has revealed that he nearly took his own life at a young age.

The popular actor in a recent interview with Vanguard stated that his brother's wife gave him a tough time as a kid. He was made to hawk the streets of Enugu State with Agidi, a Nigerian food made from fermented wet corn starch or smooth corn flour.

Kanayo O. Kanayo recalled how he received massive beatings from his brother's wife on days he wasn't able to sell all the Agidi that was usually heavy on his neck.

In one of his rounds, he was tempted to jump from the Abakpa bridge to end it all but on a second thought gave up the suicide plan.

“I used to hawk Agidi on the streets of Enugu and on one of those dark days, while he was crossing Abakpa Bridge to hawk Agidi, he looked into the deep water when a voice urged him to jump into the water and end his suffering. I was a small boy carrying this heavy thing on my head. But I did not listen to that voice and luckily for me, I finished selling all the Agidi.”

“My brother’s wife, whom I lived with those days in Enugu, did not want to know your age; she would give me dozens of Agidi on my head, and God save me if I returned home with some unsold items with the kind of beating I would receive that day," said the actor.

He explained that the reason for his hard work as an actor was to ensure that his children get the best life and not go through the plight he experienced at a young age due to financial difficulties.

"I have gone through the thick and thin of life. I was not born with a silver spoon in my mouth. But I want to make sure that my children don’t go back to where I started from.”