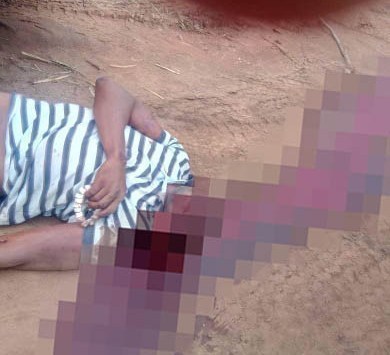 A 40-year-old man was found dead with a gunshot wound to his head early Thursday, police said.

Police Superintendent Mrs. Marian Osei-Owusu said the incident occurred at about 1 am in the morning after the deceased had dropped his wife around the bypass at the Accra-Apedwa road at Ntoaso.

When cops arrived, they found 40-year-old Jacob Quashie lying on the road, unconscious and unresponsive with a gunshot wound to the head.

According to the Police, the man was shot in the presence of his wife, Caroline Hammond.

She said the body of the deceased has since been sent to the Police Hospital in Accra for autopsy while investigations are ongoing.

The circumstances leading to the shooting were not immediately known.

No arrests have been made.