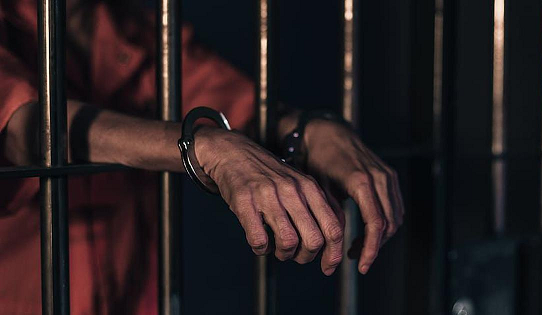 A man has arrested his biological brother, who is a key suspect in a murder case and handed him over to the police.

Suspect, Emmanuel Owusu aka ‘Popcan’, 22, a an auto mechanic, allegedly used knife to stab the neck of Ebenezer Asare, 26, at Kropo around 8pm on October 13, 2021 in the Ashanti Region.

Sensing danger, the suspect then fled to hide in his elder brother’s house at Kodie but unfortunately for him, his brother, Joshua Kwarteng, apprehended him.

According to a police report, Kwarteng handed Popcan to the Kodie Police Station in the Afigya Kwabre South District after the suspect has reportedly confessed his crime to him on October 14, 2021.

“The said brother after listening to the story as narrated by the suspect, arrested and escorted him to Kodie Police Station,” a police report said, adding “Kodie police has since escorted the suspect to the Suame Police Station where he is being detained for further action.”

It said on October 13, 2021, around 8pm, Popcan and Asare fought and the people around separated them and there was temporary peace.

“The suspect later returned and picked quarrel again with Asare and in the process struck him at the neck with a knife,” the police report disclosed.

“He was rushed to the Kropo Charity Hospital for treatment but was later pronounced dead by medical personnel on duty.”

The body has since been deposited in a mortuary ahead of autopsy to confirm the cause of death.

The suspect would also be arraigned soon to face the law.