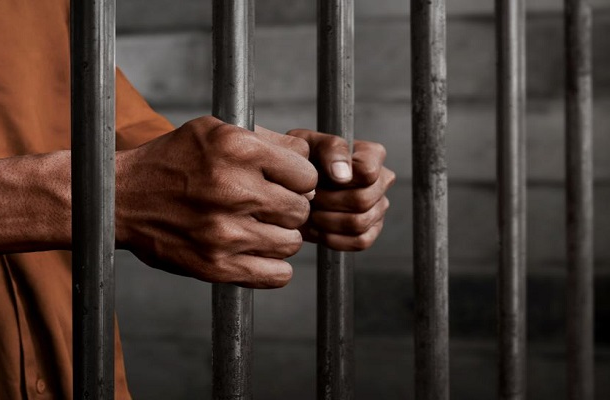 Dominic Bimba, suspect arraigned before the Aflao Circuit Court for illicit trafficking of arms and ammunition has been remanded into Police custody.

He was arrested on Wednesday for possessing firearms and ammunition without lawful authority.

Chief Inspector Bob Wuda, prosecuting, narrated to the court Thursday, that the 39-year old Togolese, who was residing in Ghana for about two years, was arrested with two foreign pistols and 61 rounds of ammunition while travelling on an Accra-bound hiring car.

He said a Police patrol team on duty along the Tokor-Accra Road during their snap checks at about 0400 hours on Wednesday, arrested the suspect after a search on him revealed he was in possession of American made RUGER REVOLVER Pistol and New York made BB CAL Pistol without lawful authority.

Chief Inspector Wuda said the Police retrieved 45 live and two spent shells during checks at the residence of the suspect around Tokor.

He said interrogation of the suspect revealed that he was contracted by one Louis in Togo to transport the two weapons to someone (unknown to suspect but to Louis, younger brother named Oscar) in Accra for which he (suspect) charged GH¢800.00.

The prosecutor said during the search which concentrated on the suspect, the said Oscar who was among the other three travellers on board the vehicle, managed to escape.

Bimba in pleading guilty to the charges, confirmed that he was contracted to transport the weapons to someone unknown to him in Accra.

Joseph Ofosu Behome who presided over the court remanded him to Police custody to reappear on November 15, 2021.
GNA