Man shot dead in a robbery attack at Dangermu 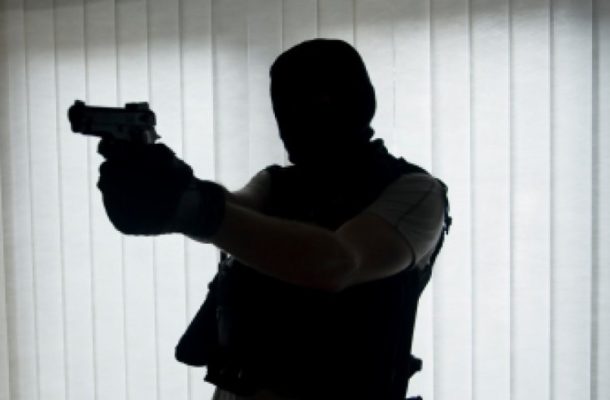 A 29-year-old motor rider, Kofi Twumasi, has been shot dead in a robbery attack at Sefwi Dangermu in the Juaboso District of the Western North Region.

The incident occurred when a gang of four reportedly attacked commuters on the Gyato to Dangermu stretch on Tuesday.

Occupants of two Sprinter buses, three motor riders were robbed off their monies and mobile phones.

Mr Twumasi, who attempted to flee the scene, was unfortunately shot by one of the robbers, leading to his death while they bolted into a nearby bush.

The corpse has since been deposited at the Sefwi Juaboso Government Hospital morgue with investigations underway.