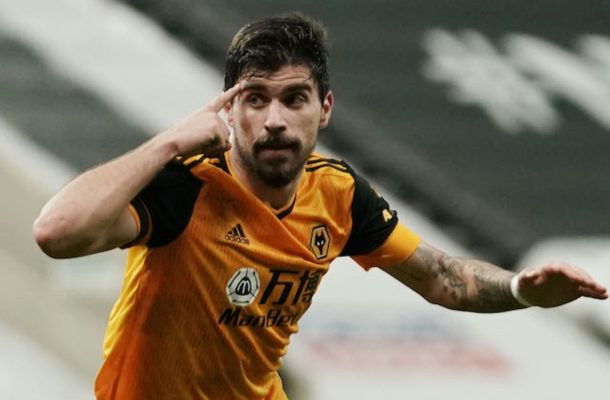 Manchester United, according to emerging are reportedly in an advanced stage to sign Ruben Neves, from Wolverhampton Wanderers. The Portuguese forward, is also said to be courted by their Premier League rival club, Arsenal F.C.

The report is according to Dean Jones, via his YouTube channel, where he claimed the Red Devils, have made concrete move, as far as the pursuit for Neves's signature is concerned. However, the two sides are yet to reach a definitive agreement with Wolves over the talented midfielder, but have the green light to push for a negotiation that may eventually lead to a transfer with the Gunners still reckon as favourites on crazyvegas.com.

Neves’ current contract at Molineux expires in 2024, but the player is keen on taking the next step in his career, especially after the departure of Nuno Espirito Santo. He has no shortage of potential suitors either, with Arsenal ready to compete with Manchester United for the services of the central midfielder.

A product of the FC Porto youth academy, Neves has enjoyed immense success since moving to England in 2017. He was an integral part of Wolves’ rise to prominence in the English footballing scene and has starred alongside Joao Moutinho in the middle of the park, mustering 176 competitive appearances.

The Portuguese international’s combative nature, aggression and experience in English football has attracted the attention of Manchester United. There is no secret that the Red Devils are actively searching for a potential replacement for Paul Pogba who has been tipped with best online slots to link up with Rafa Benitez at Everton, even though manager Ole Gunnar Solskjaer did insist that his star Frenchman is looking forward to the upcoming campaign.

Neves is not the only option for Manchester United, though, with the Premier League giants also reportedly in the market for Leon Goretzka. The German midfielder could be a victim of Bayern Munich’s ongoing wage crisis.

However, it should pave the way for Arsenal to make a swift approach for Neves, who is one of the club’s top targets this summer, according to gooner news. Much like his opposite number at Manchester United, Mikel Arteta is keen on shoring up his midfield options after sanctioning the loan departure of Matteo Guendouzi, while Dani Ceballos and Martin Odegaard have both returned to Real Madrid.

The Gunners are facing several financial restraints, though, and may need to offload a few of their star players if they are to afford a move for Neves. The Wolves midfielder, considering his Premier League experience and a three-year contract, is expected to cost a fortune, perhaps even forcing Arsenal to look for potential alternatives in the market.

While Arteta may not be able to land a top player like Goretzka, the Arsenal boss and Edu are working on a deal to bring Odegaard back to Emirates on yet another loan move this summer. As for Neves, it will be interesting to see if Manchester United indeed beat Arsenal to his signature, seeing as they are in an advanced stage to land him.