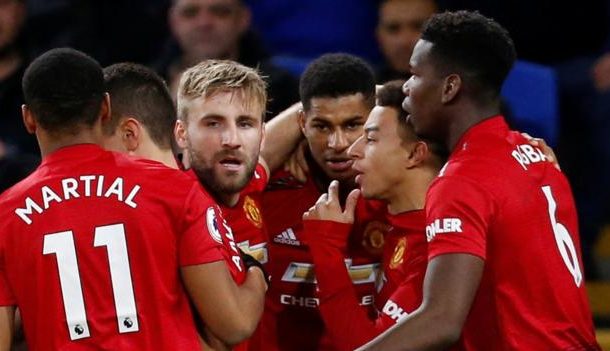 Manchester United can still qualify for the Champions League after winning in Ole Gunnar Solskjaer's first game in charge, says left-back Luke Shaw.
United won 5-1 at Cardiff in the first match since sacking Jose Mourinho and putting their former striker Solskjaer in interim charge.
They are sixth in the Premier League, eight points behind Chelsea in fourth.

"Of course we want the top four; we want to be playing in the Champions League next season," Shaw said.
"I don't see why we can't if we keep playing like that."
United are in this season's Champions League and face Paris St-Germain in the last 16.
Shaw played the full game against Cardiff, having been dropped for Mourinho's final three Premier League games in charge.
The England defender was one of several United players to fall out with the Portuguese during his two and a half years in charge.
"People might be quick to forget what Jose did for United - the three trophies he won - he did a lot," said Shaw, referring to the fact that Mourinho won the Community Shield, Europa League and FA Cup in his first season, 2016-17.
"One of the trophies [Europa League] was one we had not won before, and he took us to three trophies in one season. So those people need to respect him and remember what he did."Source: bbc.com