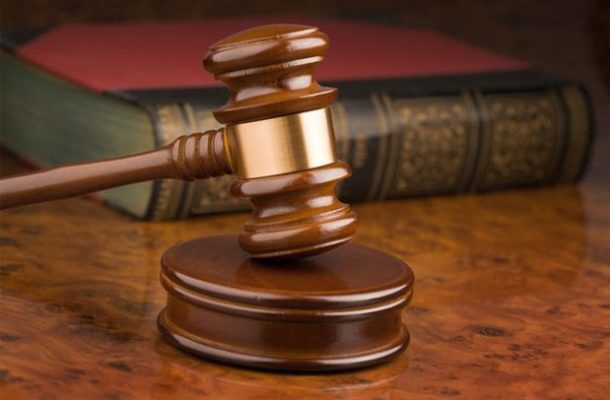 The Attorney General’s Office has opposed the grant of bail to Bachir Aminuo, a passenger, who was arrested with 656 Automated Teller Machine (ATM) debit cards at the Kotoka International Airport (KIA).

Assistant Superintendent of Police (ASP) Fuseini Yakubu, the Prosecutor informed the court that the Attorney General opposed the grant of bail and it had since filed its affidavit in opposition and he relied on the averment filed by the AG.

ASP Yakubu said the issue at hand boarded on cross border crime and the state was relying on the International Police (INTERPOL) in relation to information.

Prosecution was of the opinion that the accused was flight risk and he had no fixed place of abode in the country and it would not be in the interest of the state for the accused to be granted bail.

Theophilus Donkor, Defence Counsel for the accused, who moved a motion for bail said per the Constitution, the accused is presumed to be innocent until proven guilty.

Mr Donkor said bail should not be used for punishment against the accused until otherwise proven guilty.

According to him, the fact that the accused was not a Ghanaian, should not be the reason for the decline of bail.

He said the accused had no power to interfere with investigations and he had one Mercy Aku Ofori who was willing to use her landed property as collateral.

Defense counsel said his client had kidney issues and health grounds constituted the basis for the grant of bail.

The Court presided over by Mrs Evelyn Asamoah declined bail and remanded Aminuo into Police custody to appear on November 17.

The Court declined the accused bail after considering the nature of the offence and severity of the punishment when the accused was found guilty.

Police investigations revealed that 656 ATM debit cards bearing different names issued by eight Nigerian banks and one Ghanaian bank were found on him.

Aminuo, a Nigerien, charged with Electronic Trafficking and Stealing, has pleaded not guilty before the Court .

During interrogation, ASP Yakubu Aminuo stated that the ATM cards were given to him by one Rabiu Suleiman based in Kano state, Nigeria, to be given to one Baffa Bawarije, a Nigerian based in Daira Night City Hotel, Dubai.

He said preliminary investigations revealed that on September 12, this year, Aminuo was arrested while boarding Ethiopia Airline E.T90 en route to Dubai.

ASP Yakubu said when Aminuo was searched, 656 ATM debit cards bearing different names issued by eight Nigerian banks and one Ghanaian bank were found on him.

He said investigations showed that Aminuo first visited Ghana on April 29, this year, through Aflao border and departed to Dubai on May 26, this year.

“Accused second visit to Ghana was on August 20, this year and was arrested the day of his departure to Dubai,” ASP Yakubu told the Court.
GNA