MANASSEH’S FOLDER: A memo to Akufo-Addo and his irresponsible ministers 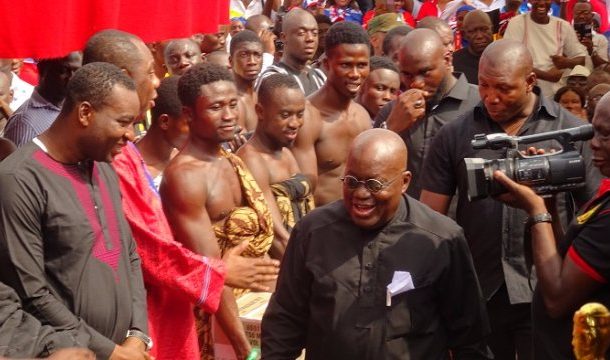 I have been compelled to write to you in such a short time since I last wrote. Today, I will be very brief. My decision to be brief is not because I do not have much to say, but I am writing with anger and disappointment at your behaviour, your vice, and your ministers of state.

Our elders have advised that a man should not speak when he is angry. But I cannot keep quiet over this serious issue which has put you and your ministers at your irresponsible worst, so I will mitigate any harmful effects of my words by keeping them short.

Mr President, since afternoon, I have been watching you, your Vice-President and what appears like an entourage of all your cabinet and 110 ministers at the funeral of the late queen mother of the Asante people. This week, this is the second time you and your Vice President have found time to mourn with Otumfuo and Asanteman. I don’t have any problem when you have the time to be at the funeral every day of the week. Apart from showing respect to the dead and honouring custom, Asantes are the largest ethnic group in Ghana so it makes political sense to be seen at the biggest gathering of Asanteman when it matters most.

But there is something I find very irresponsible, to put it mildly, about your visits to Kumasi this week. It is your failure to visit the students and teachers of Kumasi Academy. Eleven students of that senior high school have died in the last 8 months. In the past one week, four students of that school have died while about 16 of them have been hospitalised. The most worrying part of it all is that pathologists, medical doctors and health professionals say they do not know the cause of the death. They say the disease is yet to be diagnosed and it may be the first of its kind.

Harrowing television footages of distraught parents and traumatised students running around the campus, like a flock that has been attacked by bees, should not only worry us but alarm us. There are close to 3000 students in that school and nobody knows what will happen next. We don’t know who else is living with the strange sickness.

Mr President, the least you could do as the father of the nation is to spare at least five minutes of your time to address the students and help calm them down as school authorities and health personnel try to convince them not to go home for the fear of spreading the unknown disease. Elsewhere in the civilised world, the nation would have paused and paid attention to Kumasi Academy and call for external support in order to save the lives of the young ones. But it is sickening to admit that we don’t value human lives here and your attitude has confirmed it.

When the seven students died after the first disease outbreak in the school in March this year, the school appeared more interested in planning its 60th-anniversary celebration than taking steps to safeguard the lives of the remaining students. Last week, when two of the students died, the school downplayed it. In the words of a source, “the school did not want the death to mar the anniversary celebration that was happening over the weekend so we hid news of the deaths.”

Mr President, you were in Kumasi Academy for that 60th Anniversary programme last weekend, but your speech did not mention the deaths. I don’t blame you because my sources say the school authorities hid the news about the deaths from you. Elsewhere, the deaths and hospitalisation was enough reason to call off the celebration of the anniversary. This week, after the 60th-anniversary event, two more students died and many more were rushed to the hospital.

The mysterious deaths at Kumasi Academy have been the main news item on all media platforms that matter in this country. Granted that you did not know about the deaths last week, can you also say you have not heard about the deaths this week?

Or are you telling us, through your attitude, that the death of 11 students in 8 months is not big enough to attract your attention and that of your ministers while you’re in Kumasi? The Minister of Education, I am told, was in Kumasi but he has not visited the school. The senior minister and all those who matter in your government are all in Kumasi, fighting hard to be recognised at the big funeral. But Kumasi Academy is yet to catch your attention.

Your Excellency, going to Kumasi Academy will not automatically stop the deaths. But it will be a psychological boost to the students and the health personnel working to determine what is killing the young men and women of our republic. It will show that we are a serious nation with serious and responsible leaders. It will show us that at least our leaders value human lives. It will show the children that their leaders care about them. It will help boost their sense of patriotism.

I’m sure if a lunatic had gone to an American senior high school and gunned down five students, you would have gone on Facebook and Twitter to show your support. Why are you quiet when your own are dying? I left high school not very long ago, so I still remember the trauma that greeted us for months when one of us died. In their case, they have buried 11 students in eight months. Their school has not been fumigated. What would qualify as a national emergency centre seems to escape the attention of all who matter in our country?

Mr President, exactly a year ago, millions of Ghanaians queued to vote for you. A majority of those people were young people. Some of them do not have big names. They are not prominent enough to attract you to their funerals, but when they die in groups, it should concern you.

Anything short of this is an act of irresponsibility on your part and on the part of your key sector ministers who should have been there. It is not too late to do what is right.

Until I come your way again,This is Manasseh Azure Awuni. I am a citizen, not a spectator!

Naomi 10 months ago
Hmmmmmmmm.... how many deaths will qualify for a day to be commemorated as a national day of mourning, please?