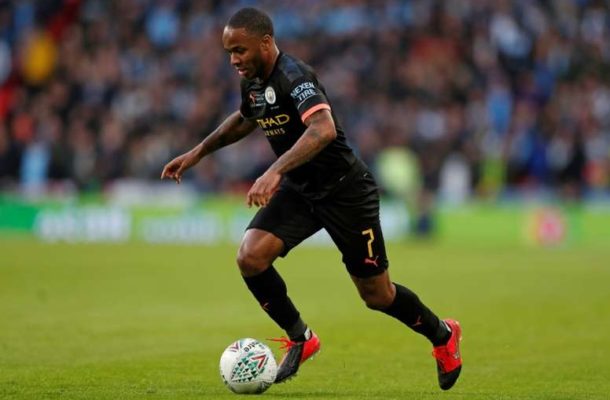 Manchester City star Raheem Sterling has urged English football to use the global anti-racism protests to initiate debates and find solutions regarding the lack of black representation in top leadership positions in the sport.

Calling for racial justice, thousands of protesters have rallied across the UK, joining a wave of demonstrations sparked by the death of African American George Floyd at the hands of US police last month.

England forward Sterling, who has previously been prominent in calling out racism in both the domestic and international game, is the latest sports star to lend his support to the protests.

"The protest is a great starting point, to make your voice be heard. But just protesting alone is not going to make a change in this country," Sterling said Monday in a BBC TV interview.

"It's how we move on from here. It's about highlighting things, the society that needs changing, and then acting upon it. We've done a lot of talking, and it's time now to act."

"This is a time to speak on these subjects, speak on injustice, especially in my field," he added.

Sterling pointed a finger at the long-running disparity between the number of high-profile Black, Asian and minority ethnic players and the dearth of those who go on to hold significant managerial, coaching or administrative jobs.

"With these protests that are going on it's all well and good just talking, but it's time that we need to have conversations, to be able to spark debates.

"But at same time, it's coming together and finding a solution to be able to spark change because we can talk as much as we want about changing and putting people, black people, in these positions that I do feel they should be in."

Sterling contrasted the managerial paths of Steven Gerrard and Frank Lampard, who have landed top roles at Rangers and Chelsea, to equally experienced black players who have been compelled to start much lower down the ladder.

"The coaching staff that you see around football clubs: there's Steven Gerrard, your Frank Lampards, your Sol Campbells and your Ashley Coles. All had great careers, all played for England," said Sterling.

"At the same time, they've all respectfully done their coaching badges to coach at the highest level and the two that haven't been given the right opportunities are the two black former players.

"The change is being able to speak to people in Parliament, people at the hierarchy at my football club, football clubs across the country, people at the national team of England, to implement change and give equal chances to not just black coaches but also different ethnicities.

"I feel like that's what's lacking here, it's not just taking the knee, it is about giving people the chance they deserve."