Man's lip chopped off over 1 cedi tot of Akpeteshi 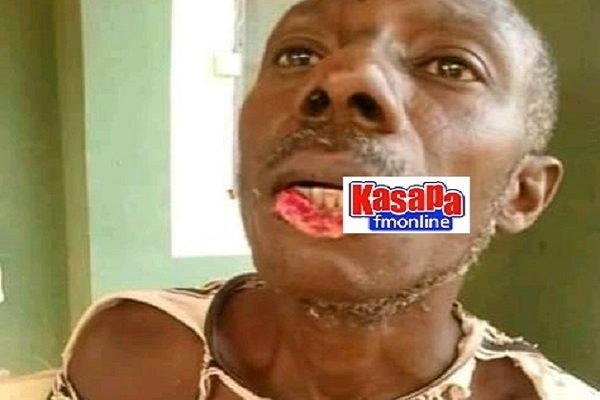 A 42-year-old man, Mr. Paul has had his lips chopped off by his friend Francis Darkoh over one cedi tot of Akpeteshie[dry gin] at Assin Obrayeoko near Assin Awisem in the Assin Central District of the Central region.

The suspect[Francis] reportedly requested the victim to give him GHC1.00 to buy akpeteshi, but the latter refused.

Report gathered by Kasapa FM News Yaw Boagyan indicates that this then resulted in a heated argument and eventually turned into a brawl.

In the ensuing confrontations, Francis bit off the lower lip of Mr. Paul.

He was sent to Twifu Praso government hospital where he’s receiving treatment.