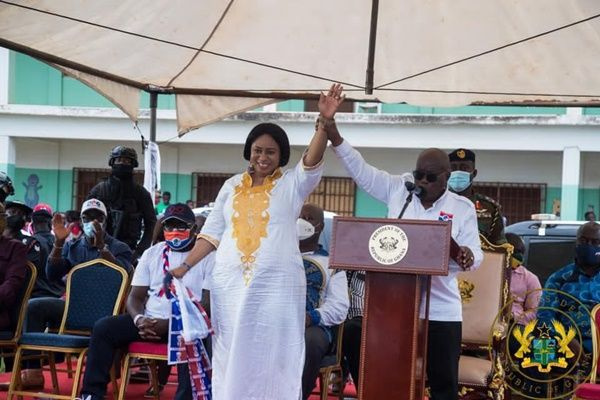 President of the Republic, Nana Addo Dankwa Akufo-Addo cannot include Gender Minister, Adwoa Safo, in his list of ministers who will be reshuffled next month, outspoken broadcaster, Captain Smart, has said.

After six years of assuming the high office of President, Nana Addo Dankwa Akufo-Addo is reported to be making the first changes in the position of his ministers in July 2022.

Speaking on his 'Onua Maakye' morning show, the controversial presenter, born Blessed Godsbrain Smart, positioned that Nana Akufo-Addo do not have what it takes to replace Ms Safo who has for several months now abandoned her ministerial responsibilities and cooling off in the United States.

Although, Smart could not share details as to why the President cannot sack her, he said she is "untouchable".

He, therefore, challenge the President to removed Adwoa Safo if he [Akufo-Addo] has the balls to do so as suggested by many.

"You can't sack Adwoa Safo, if Nana Addo says he has balls, let him remove Adwoa Safo and let's see. You can't touch her," said Captain Smart as monitored by Ghanaguardian.com.

Adwoa Safo, who is also the Member of Parliament (MP) for the Dome-Kwabenya constituency is currently outside of the country.

She became the subject of discussion following her long absence from the parliamentary and ministerial duties.

Some constituents, other government officials and to a large extent, Ghanaians, have expressed disappointment in the MP who can now only be seen on social media.

Meanwhile, Adwoa Safo has disclosed that she is in US because of her sick son and until his condition becomes stable, she cannot abandon her family and come back Ghana.