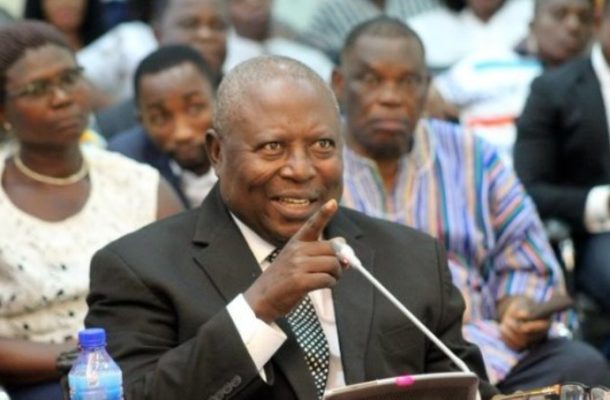 Last week could be described as judgement week in Ghana with three very interesting court decisions, including the Supreme Court case over the age qualification or otherwise of the Special Prosecutor (SP), Mr Martin Amidu and whether age 66 at the time of his nomination in 2017 and appointment, he was qualified to hold public office since he was above the retirement age under Articles 190(1)(d) and 195(1) of the 1992 Constitution. The Supreme Court decided by 5 to 2 majority that he was qualified to be appointed and hold the position of SP. This article is a critique of the dissenting judgement.

I have had the privilege of reading both the 50 and 28-page majority and dissenting written decisions respectively in the case of Ayine v Attorney General and I agree with the majority Justices but disagree with the dissenting Justices.

My view is that, whilst the two Justices of the Supreme Court were right to rely mostly on Articles 190(1)(d) and 195(1) in the determination of whether the Office of the Special Prosecutor (OSP) is a public service and if so, whether the SP is a public officer/servant and not Article 295, with supporting evidence from the Parliamentary Hansard of the OSP Bill debate, I disagree with them because not only did they place too much emphasis on the two constitutional articles but also restricted themselves and ignored the requirement to interpret the constitution in its entirety.

Though, the Justices accepted that reading Articles 190, 195 and 295 collectively as it should be the case, there were two types of public officers. One that retired at age 60 subject to two contract extensions of 2 years each but not exceeding 5 years in total and another that retired at 70 but strangely excluded the latter and concluded that the SP is only restricted to the former. I totally disagree with this conclusion as it does not serve the constitutional object of purposive interpretation, the spirit behind the law or the intent of the framers within the current circumstances.

I was also surprised to note that, the dissenting Justices claimed that the framers of the constitution avoided the use of the words “public servant” but used public officer because the word ‘servant’ has derogatory meaning. I have never come across this anywhere and in fact, across the western jurisprudence, public servants take pride in their work and office to be servants of the public. I should point out this this is not a legal problem but a view of the Justices.

The dissenting Justices also found the nomination process of Martin Amidu under Section 13 of the OSP Act 2018 (Act 959) unconstitutional because in their view, the Attorney General (AG) nominating the candidate to the president was wrong and it should have followed the usual process of the president in consultation with the Public Services Commission or the Council of State nominating, then to parliament for approval as in Article 295 of the Constitution.

They may be justified in taking this line of view, but forgot that the power to prosecute crime is reserved solely for the AG as in Article 88(3) of the constitution, therefore there was wisdom in the AG nominating the candidate since the power to prosecute emanate from the AG. Assuming without admitting that the nomination process was fraud and unconstitutional, the question is, what would have been the outcome if the nomination route had started with the president in consultation with PSC or Council of State? Would that have disqualified Martin Amidu? The answer would have been, emphatically No.

Would that also have disqualified Martin Amidu because of his age? Again, my answer is no because Sections 13(5)(9) and 15 of Act 959 make the SP equivalent to Justice of the Appeal Court, because SP takes oath of office and secrecy and the processes for the removal of SP is by petition and impeachment.

Clearly and from the above, the object was to give the SP security of tenure and avoid political interference in the affairs of the OSP by the executive, which the dissented Justices accepted. Had the SP been an ordinary public officer required to retire at 60 but can serve up to 65 at the wishes of the president then he would been unqualified at the time of his nomination and appointment but that is not the case when the Sections 13(5)(9) and 15 of Act 959 and Articles 190(1)(d), 195(1), 199 (4) and 295 of the Constitution are read and interpreted in unison. For these reasons, the dissenting Justices were wrong to give an inflexible interpretation of Act 959 and not in totality with the Constitution.

Again, assuming, the dissenting Justices were right in restricting themselves to Articles 190(1)(d) and 195(1) and therefore Martin Amidu was disqualified by virtue of his age 66. What about customary practice? An important principle in law when there is ambiguity.

The 1992 Constitution has been in force for 28 years now. In terms of constitutional practice, that is a relatively short period but not irrelevant. Not only are well established customary practice or precedence but also what have been prescribed by the Constitution. That is, any public officer/servant who is appointed by the president, swears an oath of office and secrecy, must be qualified to be appointed as Appeal Court Judge and dismissed through a petition and impeachment has a retirement age of 70. This is unambiguous. The examples are those of the chairs of Electoral Commission, Commission for Human Rights and Administrative Justice and the National Commission for Civic Education. So why should the retirement age of the SP with the exact requirements be different? It shouldn't be different because that would have been less favourable treatment and breach his constitutional right not to be discriminated under Articles 17 (1) (2) of the Constitution.

Finally, the OSP Act 2018 (Act 959) specified that the term of office for the SP shall be 7 years non-renewable. This is to ensure security of tenure and non-interference. However, considering that Martin Amidu was 66 years old at the time of his appointment, he will be 73 and not 70 at the end of his term. That to me is, constitutional absurdity to say the least. It's unconstitutional for all public officers/servants appointed by the president under Articles 190(1)(d), 195(1), 199(4) and 295 to continue to serve after age 70 because that is the upper limit set by the constitution is 70. The majority Justices also failed to point out this important constitutional anomaly.

To avoid a constitutional crisis, Martin Amidu should be wise to voluntarily retire at age 70 and not stay in office one day longer than permitted by the constitution on his 70th birthday.

In conclusion, the cardinal principle for the interpretation and application of law and constitutional jurisprudence is to take a holistic view and not piecemeal approach. That is, to avoid the letter of the law trap and instead pursue the spirit of the law cause (in liberal democracy) and that has been the case in Ghana since independence, the route taken by the majority Justices. For the above reasons, I disagree with the dissenting Justices and therefore, they were wrong to decide in favour of the applicant that Martin Amindu was disqualified by reason of his age to be appointed SP. I rest my case.