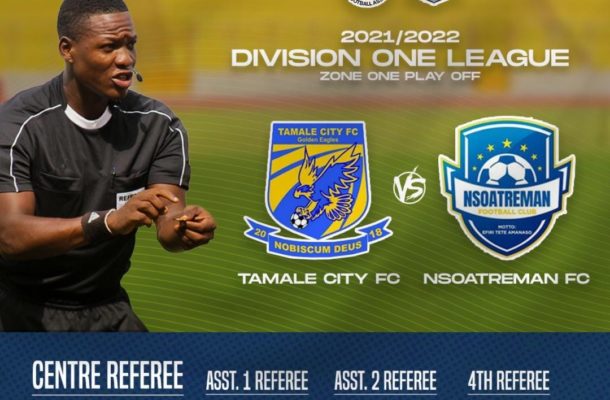 FIFA Referee Daniel Laryea has been named as Referee for Tuesday’s Division One League Zone One Play-off match between Tamale City FC and Nsoatreman FC.

He will be assisted by Kwesi Brobbey and Ato Yawson with Maxwell Hanson as 4th Official.

Samuel Oduro Nyarko is the Match Commissioner for the match.

The Match will be played at the Accra Sports Stadium at 3pm on Tuesday 21st June 2022.