Matchday Two: What They Said 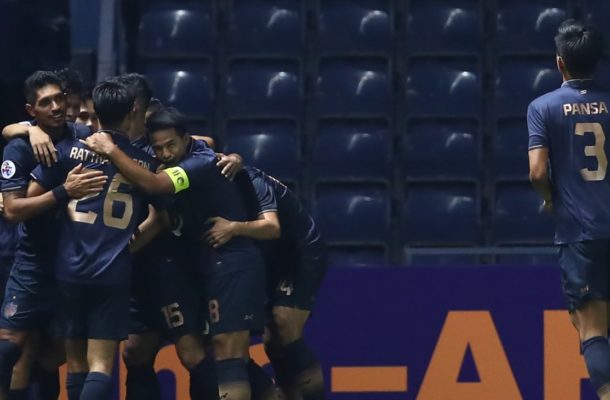 Kuala Lumpur: Upsets, historic debuts and memorable moments were all on display on Matchday Two of AFC Champions League 2019.


The-AFC.com looks back at what some of those involved had to say after their Matchday Two encounters. Click on the links to read the full articles.

“Everyone worked really hard for each other and gave it everything. We ran non-stop for 90 minutes and in the end we got the result we deserved.”

50' GOAL! Buriram United take the lead! 1-0! Supachok Sarachart gives Buriram the lead after being played in by Pedro Junior. The forward shrugs off the defender before beating Song Beom-keun at his near post. #BRUvJEO #ACL2019 pic.twitter.com/05jLU2e8r4— FOX Sports LIVE! (@FSAsiaLive) March 13, 2019

"The boys stepped up today, this point is like a win for us, playing against a strong team with a huge crowd like this."

Al Ain goalkeeper Khaled Eisa is delighted with the 1-1 draw away at Esteghlal, where the Emirati side were able to disappoint both the Tehran giants and the 65,000+ fans at Azadi Stadium.

"I didn't even know that I scored, and only realised when the fans started cheering and my teammates came to celebrate with me,”

Daegu FC goalscorer Kim Dae-won was the last to know he'd opened his AFC Champions League account, in a famous 3-1 win over Guangzhou Evergrande, after the ball bounced back into play off the inside of the side netting.

"We’ve still got four games, four winnable games we think. Especially the ones at home. If we make sure we win them, pick up as many points as we can on the road then anything can happen."

Sydney FC's Brandon O'Neill insists that the A-League side's dreams of a place in the Round of 16 are not over yet, despite the defeat to Kawasaki Frontale that leaves them bottom of Group H with just a point from the opening two games.

“There are no issues in our attack. We just had bad luck and sometimes we didn't make the right decision or were hasty when we took shots"

Al Sadd's Hasan Al Haydos is quick to defend his side's profligate finishing after they left it late to find the winner against IR Iran's Persepolis.

"The fans played a big role in today's game. It was Al Zawraa's best performance of the entire season."

Coach Hakeem Shakir hailed the efforts of his players on the field and the supporters in the stands, after his Al Zawraa side defeated the UAE's Al Wasl 5-0 in the first AFC Champions League tie to be played in Iraq.

"Being Esteghlal, and having these great fans who support us from the beginning to the end, we are capable of achieving something."

Iraq international Humam Tareq is insistent that, with the huge support base of the team, Esteghlal are still in with a chance of the knockout stages, despite just one point from their first two ties.