Math says this is the perfect age to get married 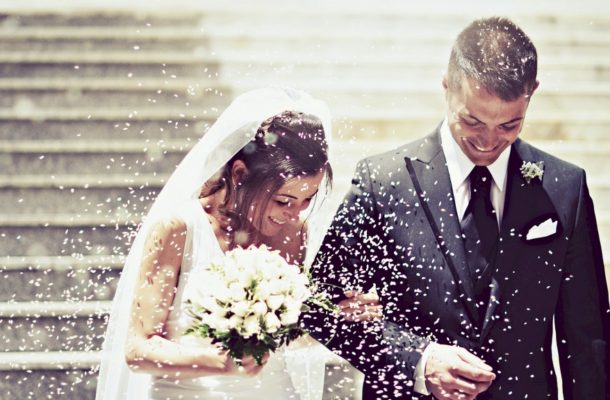 A study suggests that people should get married between the ages of 28 and 32 if they don’t want to get divorced, at least in the first five years.

Before we proceed to the explanation: Don’t shoot me if you’re older than that and not married yet.

These are just statistics and can in no way account for your personal situation, or that last cheater/psycho/narcissist you wasted 18 months on. Nobody’s blaming you. You are a wonderful and entirely loveable person.

The study was done by Nick Wolfinger, a sociologist at the University of Utah, and published by the generally pro-marriage Institute of Family Studies.

It suggests that people who get married between 28 and 32 split up least in the ensuing years. Sociologists formerly believed that waiting longer to get hitched usually led to more stability and there was no real sell-by date.

Wolfinger analyzed data from 2006-2010 and the 2011-2013 National Survey of Family Growth. He found a sort of upside down bell curve. “The odds of divorce decline as you age from your teenage years through your late 20s and early 30s,” he writes. “Thereafter, the chances of divorce go up again as you move into your late 30s and early 40s.” For each year after about 32, the chance of divorce goes up about 5% says the study.


Some wag over at Slate called this the Goldilocks theory of getting married: You have to be not too young and not too old.

There are lots of reasons why late 20s/early 30s would make sense as a time to start a lifelong partnership with someone: people are old enough to understand if they really get along with someone or are just blinded by hormones. They’ve already made significant life choices and taken on some responsibilities. And they may be just financially solvent enough to be able to contemplate supporting someone should the need arise.

On the other hand, they’re not so old and set in their ways that they can’t make the myriad of little adjustments in habits and lifestyle and goals and personal hygiene that marriage requires. They probably don’t have ex-spouses or children among whom they to divide their time, resources and loyalty.

Wolfinger says the curve persists “even after controlling for respondents’ sex, race, family structure of origin, age at the time of the survey, education, religious tradition, religious attendance, and sexual history, as well as the size of the metropolitan area that they live in.” He thinks the reason might be selection bias. “The kinds of people who wait till their 30s to get married may be the kinds of people who aren’t predisposed toward doing well in their marriages,” he writes. This also means “people who marry later face a pool of potential spouses that has been winnowed down to exclude the individuals most predisposed to succeed at matrimony.”

(Again, I refer you to my caveat in paragraph two. It’s Mr. Wolfinger suggesting singles over 32 are not marriage material, not me. )

Other sociologists who cover this waterfront were quick to weigh in with doubts. The University of Maryland’s Phillip Cohen used a different set of data, from the American Community Survey, to say that getting older didn’t mean your marriage had less chance of survival. According to his analysis, the perfect age to get married if you don’t want to get divorced is 45 to 49, which, he notes, is why people shouldn’t make life decisions based on statistical analyses on the Internet.


The truth is: Divorce is a difficult social pattern to measure. Many states decline to collect data on it. And since a growing number of people are opting for living together without getting the government seal of approval, counting divorce is becoming less useful as a way of measuring family fracturing.

Still, there are a few truisms backed by research: Having money and a college degree reduces your chances of getting divorced, as does getting engaged before moving in together and waiting to have kids until after the nuptials. Those you can pretty much take to the bank.

Until the next study.