Maxwell Konadu claps black at Kotoko for his balance 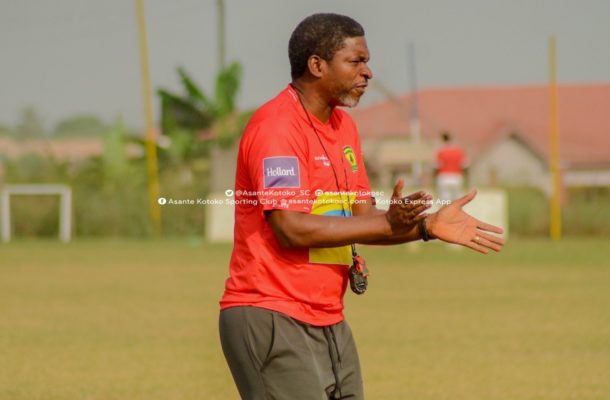 Former Asante Kotoko head coach Maxwell Konadu has reportedly written to the management of the club in request for his salary arrears with the club.

It comes 2 months after he was relieved of his duties  as the head Coach of the Red Porcupine.

The renowned Ghanaian tactician was sacked as the head coach of Asante Kotoko in December, 2020 over poor performance.

Konadu was shown the exit door by the management of Asante Kotoko when they were beaten by Great Olympics in outstanding match-day three fixture of the Ghana Premier League.

His sacking  created some internal wrangling between the manager   and the board, who felt the decision was made in a haste.

But after almost three months of being sacked as the head coach of Asante Kotoko, Maxwell Konadu – a former Ghana international has written to the management of the club demanding for his one year salary and signing on fee.

It is believed that the management of the Porcupine Warriors have decided to look into the case and decide the best way forward to avoid another case at the Ghana FA Player’s Statues Committee.

Konadu  took charge of Kotoko in early 2020 but lack desired results got him  sacked by the Nana Yaw Amponsah administration.

Asante Kotoko is currently headed by Abdul Gazale with Johnson Smith as the assistant as announced by the Ghana FA.