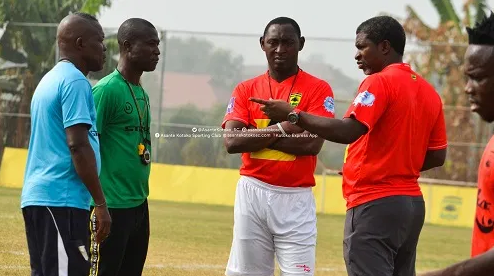 Kotoko have instructed their head coach Maxwell Konadu to downsize his huge back room staff as the new management begin to fix things.

Currently the club have three first team assistant coaches with Akakpo Patron, Johnson Smith and Abdulai Gazale all at post.

According to Kumasi based Oyerepa FM, Maxwell Konadu has been told this week to make a pick out of his three assistant coaches.

Massive changes and restructuring has been on going at the club since the appointment of Nana Yaw Amponsah as the club's CEO.

Maxwell Konadu is torn between which one of the three coaches will be chosen as his assistant but it is beleived he is leaning towards Abdulai Gazale who he personally brought to the club while the other two were there before he arrived at the club.

Kotoko have confirmed their participation in next year's CAF Champions League and are gearing up towards it.