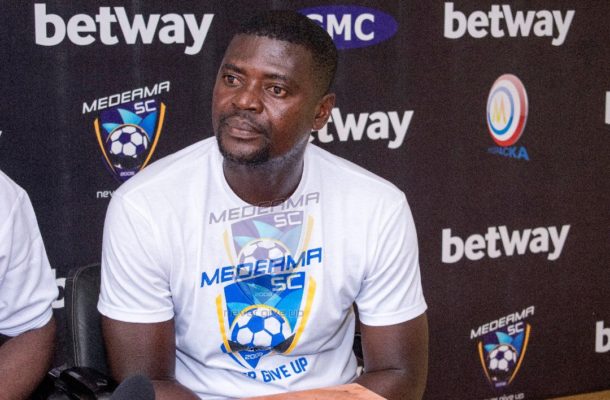 Medeama coach Samuel Boadu has been named as the new coach of Ghana's Under-15 Boys team for a one-year period after convincing the handlers of our national team with his stellar work done at Medeama and his penchant for bringing through kids.

The young enterprising coach has been handed the arduous task of combing through the country on a haunt for talents who will play in the first ever Wafu U-15 tournament which will come off in Burkina Faso next month.

The tournament takes place between 8-20 December, 2019 in Ouagadougou.

It is no surprise to many that have followed the career trajectory of the former Asokwa Deportivo trainer and his work in harnessing and nurturing the potential of kids.

Until the truncation of the 2017/2018 league season following the Anas expose Coach Samuel Boadu's Medeama were leading the league log.