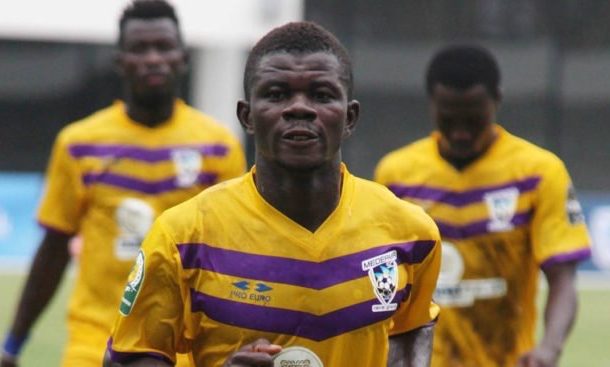 Medeama SC have received a massive boost ahead of the start of next season with midfield enforcer Kwasi Donsu back to full scale training with his colleagues.

The midfielder missed the start of pre season amid interest from Accra Hearts of Oak who were reportedly interested in luring the talented player away from the club.

However with the start of the new season in sight, Donsu has rejoined his colleagues in Pre season training as he looks to put the speculation about his future behind.

The Mauve and Yellows trained on Christmas Day and Boxing Day and will continue their build on Wednesday with Christmas break cancelled.

Interim coach Samuel Badu has been trimming the rough edges of the team ahead of the G8 Pre-season tournament in Cape Coast next month.