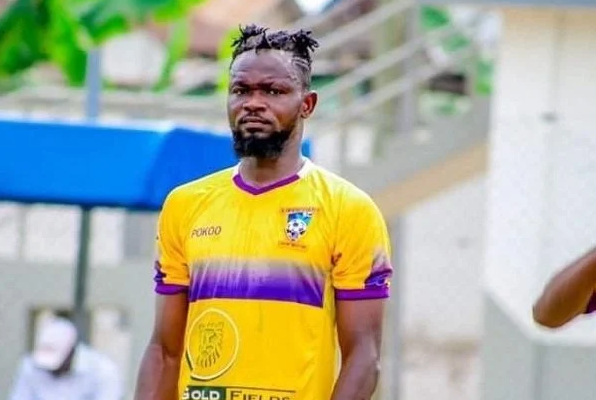 Ghana Premier League champions Asante Kotoko are keen to bolster their defence ahead of next season's CAF Champions League.

The reds are interested in signing Medeama SC center back Vincent Atinga before the start of next season.

But the defender has reacted to reports linking him with a move to Kotoko saying that they are just rumours as he has not had any official approach from the reds.

in an interview with Accra-based Original TV debunked the reports, stating that he still has a running contract with his club.

“I saw it on social media. I am a professional player and no one has approached me. I can’t tell now whether I will play in Africa or not," he said.

“For now, I’ve not taken any decision on my future.

Quizzed whether he’d fancy a move to the Porcupines, he said; “Well, for that aspect when we get to the bridge we will cross it. For now, I don’t want any external issues. I want to finalize with Medeama before," he added.

Kotoko will represent Ghana in the CAF Champions League and have started fortifying their squad before the competition starts in August.

The reds who have a very good working relationship with the Tarkwa based club will in the coming days bid for the experienced center back.

He has played 28 matches in the Ghana Premier League this season and scored 6 goals mostly from the spot.