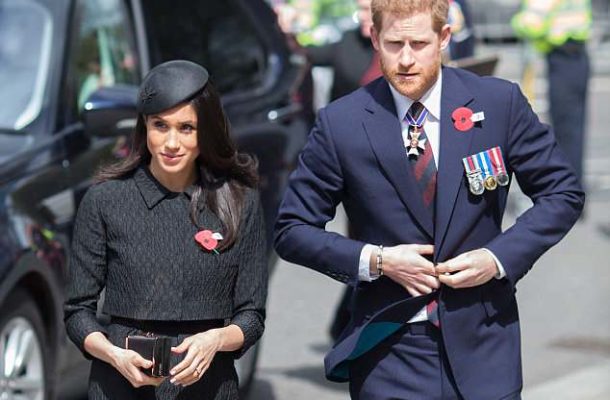 Meghan Markle is still ‘tearful and embarrassed’ 48 hours before her wedding over her father’s paparazzi deal and the surgery that means he won’t walk her down the aisle.

Prince Harry’s bride-to-be, 36, has still only shared texts with Thomas Markle but has told him she loves him and forgives him for the series of photo stunts for cash.

Her father is ‘alone and upset’ in hospital today after undergoing heart surgery and admits he may not be discharged before his daughter’s wedding.

Mr Markle is recovering after he had three stents implanted in arteries following a heart attack at home in Mexico eight days ago and said: ‘It will take a long time to heal. I’m okay. Staying in the hospital a few more days. Not allowed to get excited’ and his children said he is ‘heartbroken’ to miss the wedding’.

He has spoken to TMZ journalist Sean Mandell from his bed overnight says he understands Meghan is ‘holding up’ despite the ‘trying time’ of dealing with her family dramas.

‘She’s holding up from what I’m told buts it’s been a tearful at times, and a trying time for her. I’ve heard Meghan was embarrassed and tearful in private’, he told Good Morning Britain.

Mr Markle’s heart trouble and the embarrassment over his cash deal with a paparazzi photographer means it is now unlikely he will travel to the UK to give away his daughter at St George’s Chapel, Windsor, on Saturday.

Today a wedding rehearsal is planned in Windsor but Kensington Palace is yet to comment on the turmoil in Meghan’s family.

Mr. Mandell said: ‘He [Thomas] told us we wanted to be there and had a change of heart on Tuesday after speaking with Meghan over text and he felt he had pulled out prematurely. But ultimately his health prevented him from doing that.

‘She [Meghan] called him Monday when the story first broke. But he did not have his phone on him and then she text him saying she loved him, that she was concerned over his health and bore him no ill will over the controversy of the fake photos.

‘Meghan is by all accounts is a very strong women. From what Thomas has told me there’s just love being conveyed there and a gentle approach between them when they speak.’

Meghan’s mother Doria was given VIP treatment when she landed at Heathrow yesterday and is expected to give her daughter away in her father’s absence.

Meghan Markle‘s estranged half-brother is the latest relative to turn up in the UK uninvited and called her a ‘perfect princess’ weeks after advising Prince Harry to dump her.

Thomas Markle Jr, 51, also said his father will be heartbroken to miss Saturday’s wedding as he posed outside Windsor Castle last night.

He recent penned an ‘open letter’ and told Harry: ‘As more time passes to your royal wedding, it became very clear that this is the biggest mistake in royal wedding history.’

He also described Meghan elsewhere as ‘acting phoney’ and claimed she was ‘trying to reinvent herself as the new Princess Diana‘.

But as he arrived in the UK despite not getting a wedding invite he appears to have changed his tune about his half-sister.

He told the Daily Mirror: ‘My sister’s going to be one of the best things ever to have happened to the royal family. She will be the perfect modern princess. I wish Meg and Harry nothing but a happy and healthy future together.’

He added: ‘My dad will be heartbroken that he cannot be with Meg in Windsor to walk her down the aisle. He would have moved heaven and earth to be there’.

He also blamed the royal family for failing to give him ‘guidance’ as he embarrassed his sister.

He said: ‘My letter wasn’t intended to cause hurt or upset. I’d hoped my letter might shame the palace, I guess, into getting in touch.

‘I was wrong. It wasn’t designed to humiliate Meg into inviting me, but more hoping we could get the help we needed. Ever since her relationship with Harry emerged two years ago, our lives have been changed forever.