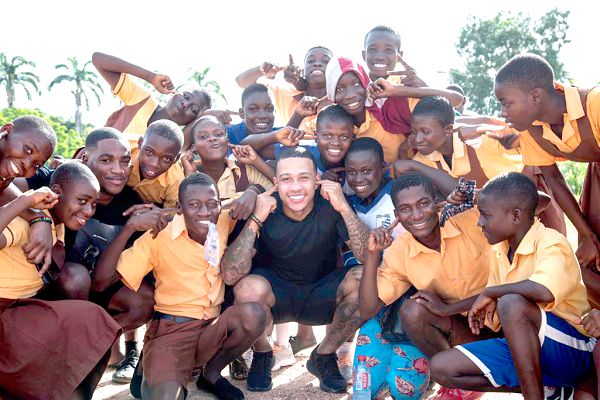 Dutch-born Ghanaian forward Memphis Depay has refurbished the washrooms of the Cape Coast School for the Deaf and Blind in the Central Region through his foundation.

Memphis Depay, who is born to Ghanaian father Dennis Depay, and Dutch mother Cora Schensema has been undertaking a series of projects in recent years where he donated sporting equipment and other items to the Cape Coast School for the Deaf and Blind.

This time, he has refurbished the washroom for the Cape Coast School for the Deaf and Blind in the Central Region of Ghana.