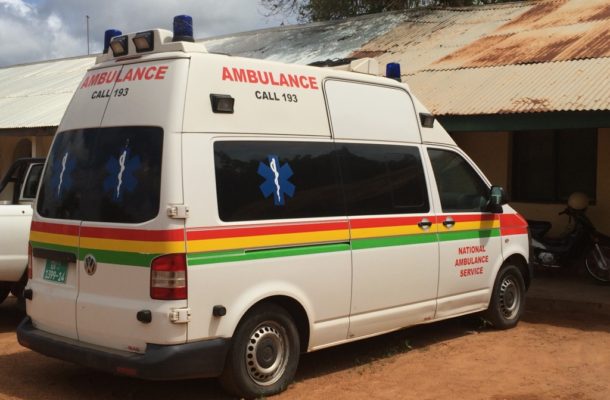 Medical Superintendent at the Bawku Presbyterian Hospital in the Upper East Region, Doctor Clement Oppong has revealed that there is no single road wealthy ambulance in the Municipality.

Dr. Oppong was speaking on News 360 on TV3 when he made the shocking revelation.

At least one student of the Bawku Senior High Technical School has died from what health officials say is meningitis. Five others are on admission.

But Dr. Oppong has said two of the students who have been admitted at the Bawku Presby Hospital have their situations to be extremely severe.

When asked how best he could refer the patients to a big hospital in the area, he said there is no single ambulance in the Bawku Municipality but the facility is doing its best and will call for referral when the need becomes necessary.

"...There's no single ambulance here.. no road wealthy ambulance in this municipality". He revealed.

The incident has however caused panic, with parents thronging the school to demand the release of their children.

The tragic incident happened exactly a week after at least four students of Kumasi Academy (KUMACA) died from what has been confirmed as Influenza Type A (H1N1) known as swine flu.

Sections of Ghanaians have blamed the Free SHS educational policy rolled out in September for the congestion in the schools.